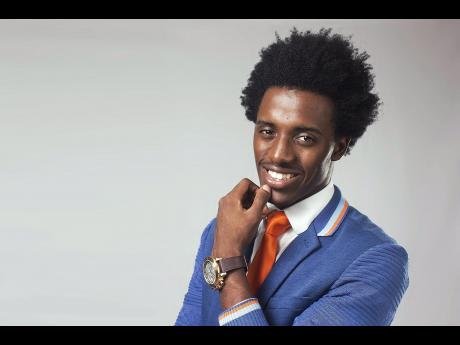 On Sunday, June 24, at Roy Wilkins Park in Queens, New York, Romain Virgo's dream will come through when he makes his long-awaited Groovin' In The Park debut.

"It has always been my dream to perform on such a big stage and I can't wait to see you all," Virgo messaged his more than 600,000 Facebook fans and more than 200,000 Instagram followers about his upcoming performance.

The annual festival, dubbed New York's premier reggae and R&B concert, will be an important platform for the fast-rising singer.

The tri-state area is home to large numbers of Jamaicans and Caribbean nationals.

Last year's festival attracted more than 20,000 patrons, and with organisers reporting brisk ticket sales, this year's concert is expected to be the biggest in the event's seven-year history.

In 2011, he made history as the first Jamaican artiste to perform at the Academy of Country Music Awards in Nashville, Tennessee.

A year later, he was named Artiste of the Year by the Jamaica Reggae Industry Association at their awards function in Kingston.

He was also named brand ambassador for Team Jamaica Bickle at the annual Penn Relays Carnival in Philadelphia, the first artiste to be so honoured in the organisation's 25-year history.