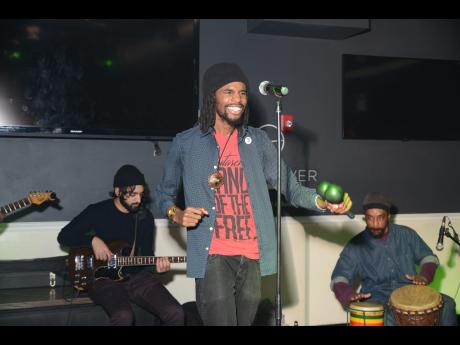 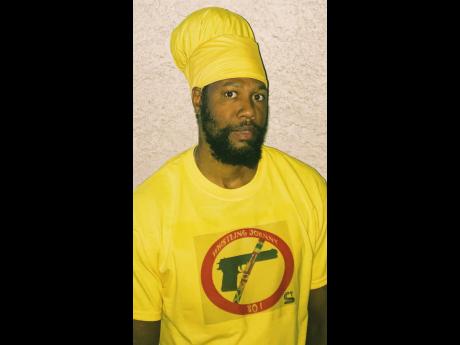 The song was released on the ganja-themed High Society Reggae compilation album.

The album also features songs from other artistes such as Alborosie, Macka B, Green Lion Crew, and New Kingston.

He's also scheduled to hit the road this summer with legendary reggae group the Mighty Diamonds on their summer east coast tour which is slated to begin in July.

"This is another great opportunity for me to go out there and promote Cure My Pain as well as the songs from my debut album, Land Of The Free which was released last year," he said.

So I makes musical debut

Reggae recording artiste Paul 'So I' Stewart has fulfilled his lifelong dream of launching his musical career with the official release of his debut single 'Whistling Johnny'.

Whistling Johnny is the character he gives to the gun.

"A friend of mine Goofy, who played keyboard for Maxi Priest, and I were reasoning it out. It whistles in the air when it is fired, and Johnny comes from Peter Tosh's song Johnny B Good. Johnny is a bad man, like the gun," said So I.

The song came alive in the 1990s when So I entered the Red Label Wine Song Competition, winning the western region and becoming an all-island finalist.

With the message still very relevant today, So I has taken the opportunity to come full circle.

Plans are already in place for the video to come to life in short order.