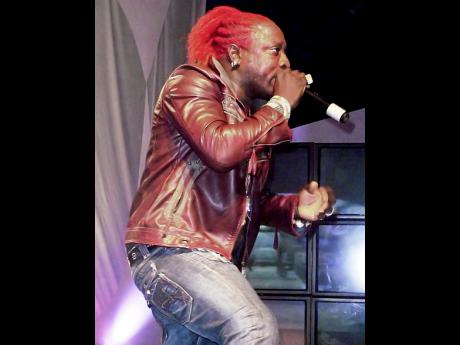 Anticipation is building as patrons prepare to not only feast on delicious jerk cuisine but also immerse themselves in Caribbean culture at the 3rd Annual Grace Jamaican Jerk Festival in Washington, D.C., on Sunday June 10. 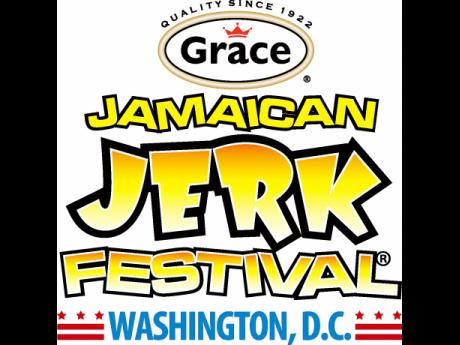 “I’m honoured that Jerk Fest wants me to participate in the Celebrity Cook-off. My skills in the kitchen aren’t as good as on the turntables, but I’m bringing my ‘A’ game. I hope Elephant Man ready for this,” said DJ Ricky Platinum.

Elephant Man told THE STAR that he is ready for the challenge. He revealed that he has created a special recipe just for the festival, and will be preparing jerked porridge.

“It is good that it will be showing the people that it is not just entertainment but recording artistes are human. I am human, yeah. Me ah deejay pon stage but me can cook too.”

Also at the Shoppers’ Culinary Pavilion will be cooking demonstrations and tastings by Chef Irie, host of Taste the Islands television show on PBS while Washington, DC’s own Chef Giovanni Merle and Chef “Jumoke” Jackson will showcase tasty recipes.  On the musical side, Elephant Man is expected to deliver his high-energy performance on the main stage, engaging the audience and get the crowd moving.

Reggae ambassadors, Third World, are sure to delight patrons with their string of popular hits and reggae classics. Soca Queen Alison Hinds, known for party anthems, will electrify the crowd by bringing a taste of carnival to the festival. 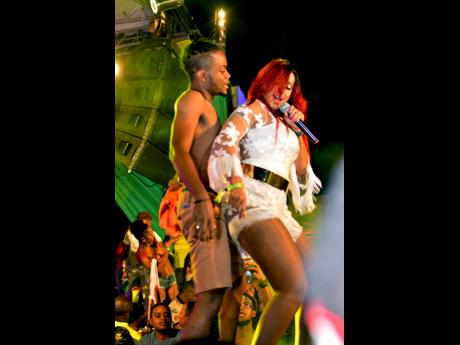 IN PHOTO: Soca icon Allison Hinds backs it up on a willing male dancer.

Reggae band New Kingston will add a taste of roots rock reggae to satisfy the masses.

Along with his competitive role in the Celebrity Quick Fire Cook-Off, DJ Ricky Platinum will add even more flavour to the festival’s extensive entertainment package with a selection of dance hits and club favourites between sets.

Veteran radio personality, Tony Carr, host of “This is Reggae Music” along with Ragashanti, of Tamborine Radio” will perform MC duties.

This year, the main stage will open with cultural presentations from some of DC’s leading groups such as The Malcolm X Drummers and Dancers, led by Doc Powell, storyteller and author, Joelle Wright, as well as Divine Divas, a motivational modelling group of teens and children. Sounds of Culture will present traditional Jamaican folk and mento songs while recording artist and influencer Xyclone will bring a reggae/Dancehall flavour. Popular DC-based MC, Michael Campbell will host this segment. 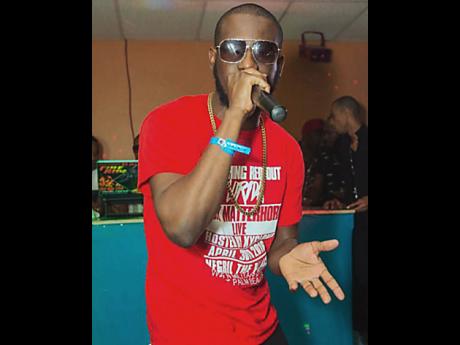 Meanwhile, there’s also a Kids Zone offering face painting, rides and storytelling. Patrons can stroll and discover unusual novelties, trinkets and their island T-shirts from a number of arts and crafts vendors willing to offer bargain prices for their wares.