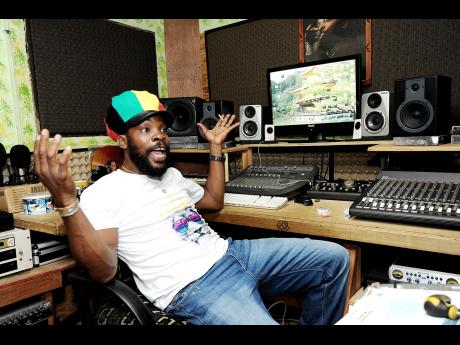 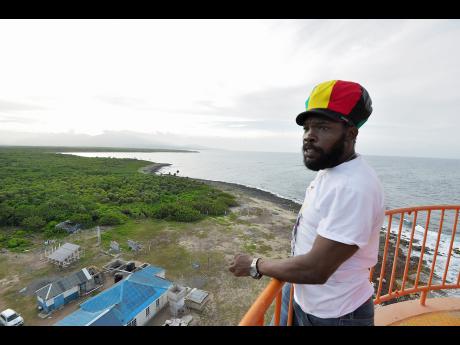 The attention of football fans is currently focused on the fields in Russia as the 2018 World Cup intensifies, but it was a makeshift concrete pitch along Windward Road, Kingston, that gave singer Bushman his big break in music after late producer Wycliffe 'Steelie' Johnson wondered if Bushman was trying to damage him.

Bushman had won a competition in Portland and was doing the studio rounds in Kingston, hoping to get into a recording booth. Arrows was buzzing with activity in the mid-1990s, not only inside the actual recording facility, but also outside, where the hopefuls gathered. When the parking lot was extended, it gave them more room to play.

"Mi did have this Calvin Klein boot, and it too big. When mi kick and miss, the person get it," Bushman said. At one point, Steelie of the production duo Steelie & Clevie 'got it' and was angry, demanding that this man could not play and [so should not be] in the game. Bushman said that he did not come to play football, he came to audition, and "him call Roundhead (deejay who became part of the Monster Shack Crew) and say, 'Him can sing?' Roundhead say, 'Him bad. Him say sing'."

Bushman sang part of the song that was eventually recorded as Call The Hearse, his voice deep as he sang, "Rinsing shot in head, no need to bawl, no need to beg." Steelie's response was approval, but he added that Bushman probably had only one style. Bushman responded by singing, "Grow you natty make it come dung."

Convinced, Steelie got him into the studio, but not at Arrows. Again, Roundhead had a role as Bushman said it was deejay who took him to Studio 2000 on Worthington Avenue, New Kingston.

Both of the songs Bushman delivered at the concrete 'ball grung' spontaneous audition were on his 1997 debut album, Nyah Man Chant.