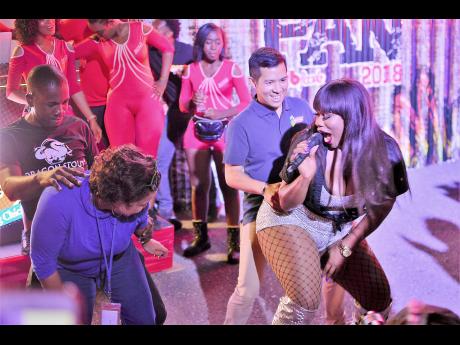 You can tell that it was fun galore at the Pan 2018 launch held at the National Stadium last Friday. 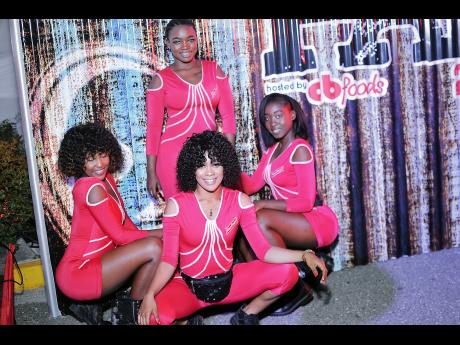 These promo girls made their presence felt at the Pan 2018 launch held at the National Stadium last Friday. 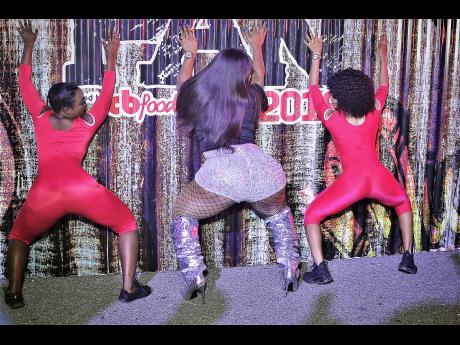 Front way, backway, Miss Kitty (centre) made it clear that she is the ruler. Her she engages with a danceoff with two other famales at the CB Foods Pan street dance kick-off, at Pan 2018 launch held at the National Stadium last Friday.
1
2
3

While the entertainment package for Pan 2018 has not yet been finalised, Alicia Bogues, CB Foods regional development manager, says the musical offering will be just as delightful as the food.

"This year we have a street vibe kind of theme going for the series, and so we want the entertainment to be in keeping with that. We also want to throw in a little gospel, because we want there to be something for everyone," Bogues said.

"While we have not come down to the nitty-gritty just yet, we know what we want, and are looking forward to getting the artistes on board that are in keeping with our vision. We have been in negotiations with a few dancehall and reggae acts, but unfortunately there aren't a lot that are current that are suitable for our event, but we have a few in mind," Bogues added.

Meanwhile, the Pan finals is slated for October 28, and unlike in former years, it will be held at the National Stadium car park.

"Truth is, we have outgrown that venue," Bogues said in relation to the Half-Way Tree Transport Centre, the venue for the last two staging of the Pan Chicken finals.

Bogues says she expects the crowd to be even bigger this year, and argues that the National Stadium car park is better able to accommodate the bumper crowd that is expected.

"We want people to come out and access the venue freely and safely, without too much hassle, and the stadium car park offers that," she said.