She has the gift ... Bishop certain Evangelist Marion Hall will win souls 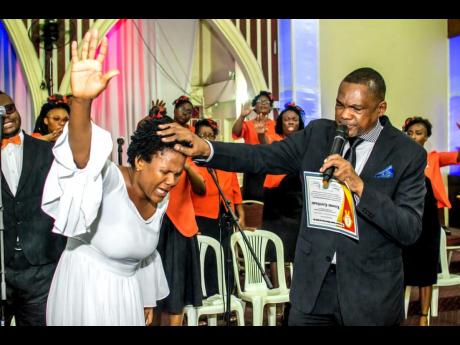 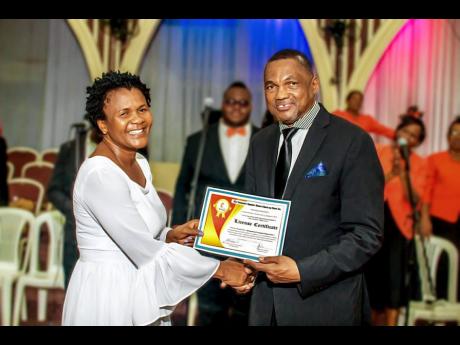 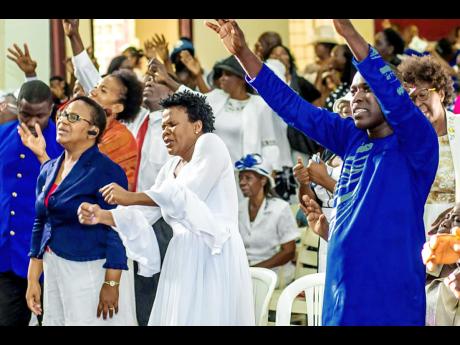 Contributed Evangelist Marion Hall (centre) feeling the music at her ordination on Sunday. 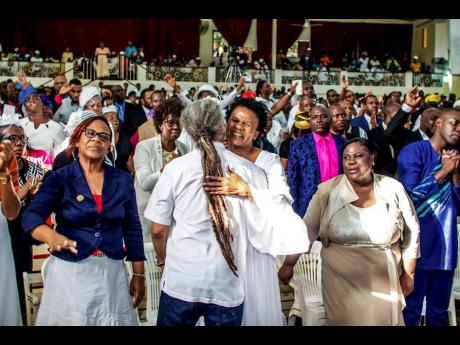 Contributed Members of the congregation at Emmanuel Apostolic Church congratulate Hall on her ordination.
1
2
3
4

Bishop Everton Thomas, the man who performed the ceremony in which the former queen of dancehall, Lady Saw, became Evangelist Marion Hall, said she confessed she would pray for forgiveness after her performances.

"Marion said to me repeatedly that every time she was performing on stage as Lady Saw, she went back to the hotel, fell on her knees and begged God to forgive her," he said.

Shortly after her baptism on December 14, 2015, at the Emmanuel Apostolic Church on Slipe Road in Kingston, Thomas said he discovered that Hall was gifted.

"After she got baptised and we counselled with her, had frequent discussion with her about The Bible and questions that she had, it was evident that she was very gifted," he told THE STAR.

With her ordination, Thomas said Hall now has authority to preach, exhort and spread the good news of the gospel on behalf of the church.

He also said he had prophesied that she would be a blessing around the world, seven years before she got baptised.

"It was evident that she had a special anointing for whatever she does and now that she has committed her life to the Lord, then clearly she is using it for his glory and for his honour," he explained.

"She will be the first to tell you that she is no longer Lady Saw. The transformation has come and she prefers to be referred to as Minister Marion Hall," he added.

Although declaring that she no longer wants to be referred to as Lady Saw, he suggested that because of who she was and the reputation she had for being the queen of dancehall, people will be willing to follow her into Christianity

"As a matter of fact, at her ordination on Sunday night, we gave her the stage for about an hour to minister and share her testimony, and two persons came up and got baptised right away," he said.

And having ministered to a number of secular entertainers who attend the church, he believes God is using him to win their souls.

"I think we should target them in terms of reaching out to them, like spearfishing because they need God and people need the Lord, and Jesus is the answer," he said.