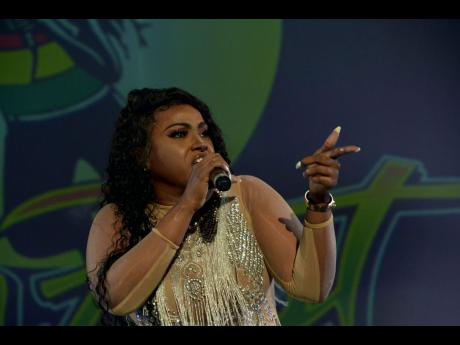 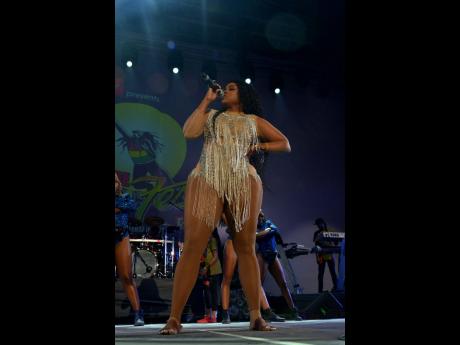 Yanique 'Curvy Diva' Barrett said she cried all day on Friday when she realised that her dream of performing on the Sumfest stage as an artiste was about to come true.

"It never even matter what time me work, I was just happy to be here,"  Curvy Diva told The STAR after her Sumfest debut.

"People don't understand just how much tonight means to me. Working in the media, I was living vicariously through the artistes on stage. I was running back and forth, interviewing artistes at Sumfest over the years, and I said to myself one day I will be on that stage so I was definitely emotional tonight," she said.

The 'Lifestyle artiste steered clear of the controversial issues that thrust her into the spotlight in the months leading up to her debut performance at Reggae Sumfest. She said she deliberately did not indulge, adding that her aim was to deliver a performance that would cement her place as one to watch out for in the future.

And that she did as she delivered an energetic set.

"At the end of the day, I don't want everything I do to surround controversy like I'm the queen or something. This is a moment me a pray for fi a very long time so me never wah highlight the controversy. Me nah try give this moment to no badmind, no man, no bad energy," she said.

"I am here to stay so this is not my first and last Sumfest, watch out for Yanique," said Cuvy Diva.