DJ Storm ready for the limelight 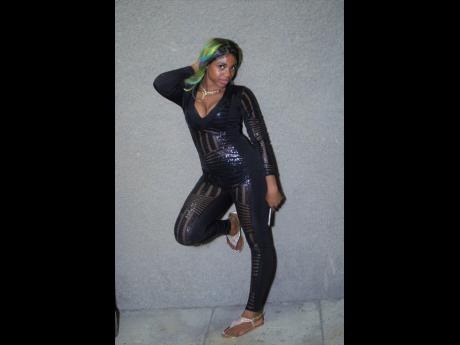 Female selector Roxcian Moore, aka DJ Storm, is ready to rumble with the big boys as she prepares for a summer that promises to propel her into the world of music.

She was expected to make her debut this summer at Naked Fashion Pool Party at the Olympia Crown Hotel, but time constraints kept her on the sidelines.

DJ Storm said that she doesn't stick to any one style of play when she's around the musical consoles.

"I play a mixture of everything. I don't want to get my creative talents bundled in a box," she said.

She continued: "I have been a selector for three years now. But I wasn't being serious until the third year because I had to concentrate more on school and exams during my first two years. But now, I'm free. I'm ready to rumble with the big boys."

"Female selectors are just as good, and we come with a different flavour. DJ Storm has played at quite a few events in the past, which include last year's Naked Fashion event, Portland Cottage Beach Party in Clarendon, Portland Gala with over 10,000 patrons, Father Bush Retro Event, just to name a few," she said.

DJ Storm, who is from Mountain View, wants to emulate the likes of DJ Sparks and ZJ Elektra. She said she would like to encourage more females to give the job a try.

"I'm really looking for more females to come on board, [we] can't make males dominate everything," she said.