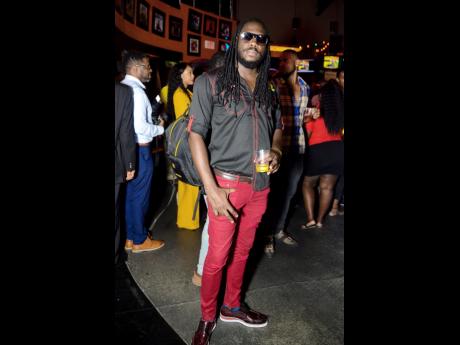 Having caught wind of news that popular selector Tony Matterhorn is not interested in another Reggae Sumfest World Clash, Downsound Entertainment’s Cordel 'Skatta' Burrell has responded.

In an Instagram live video session on Wednesday, Skatta lashed back at Matterhorn and all the critics who have been bashing the ‘no profanity’ approach taken by the Sumfest sound clash organisers. Skatta explained that for those who have an issue with the rules and regulations recently put in place, they should think about putting their money where their mouth are and start a clash series of their own.

The producer said that if participants are having a hard time adjusting to the corporate flavour the Reggae Sumfest clash carries, they should invest in their own clash series where they can curse and do things their way.

“Unuh remember 10 years ago, sound system, dancehall culture was alive and kicking. Matterhorn when him was on Addis International, sound system culture was alive and well, clashing, dancehall was kicking, money did a spend. Why nuff a unuh weh a talk nuh put unuh money where unuh mouth is and keep the thing dem then? Unuh nuh have no idea how much these events cost. Unuh come wid unuh ignorant speech and a say bun dis, bun dat, run dem, and nuh know say unuh a fight unuh owna culture because corporate Jamaica a invest in an entity where dancehall is concerned,” he explained.

“Unuh fi step out and support because me nuh see nobody else a dweet. Nobody else nuh have no money to lose right now. If dem (corporate Jamaica) have a brand and dem have dem rules weh dem attach to it, if unuh can’t abide by dem rules then unuh find a different way out then nuh."

Skatta also addressed Matterhorn’s decision to decline participation in future Sumfest clashes, stating that he is disappointed by the selector’s statement.

“Matterhorn, me never know cursing that important to you that you a go boycott dancehall because yuh can't curse,” he said.

“Matterhorn, yuh have a voice of reason in the business because yuh have yuh accolades and yuh stripes and yuh put in a whole a heap a work, so no one expects you to be making ignorant statements such as that.”

Skatta went on to express gratitude to corporate Jamaica for investing in an aspect of dancehall culture that has been slowly declining in Jamaica. Skatta says that with the sound system culture taking hard hits with the implementation of the Noise Abatement Act and other rules, it is good to see brands take on sound clashes in a bid to keep the culture alive.