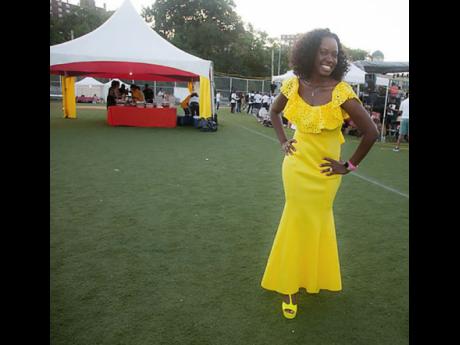 Glacia Robinson on the soccer field of the Evander Childs Educational Campus in New York City, USA, for Fun in the Son Bronx 2018. 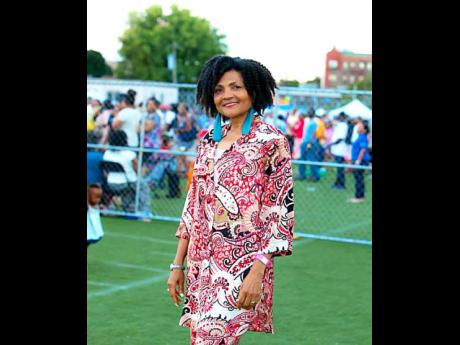 Minister Carlene Davis at the soccer field of the Evander Childs Educational Campus in New York City, USA, for Fun in the Son Bronx 2018. 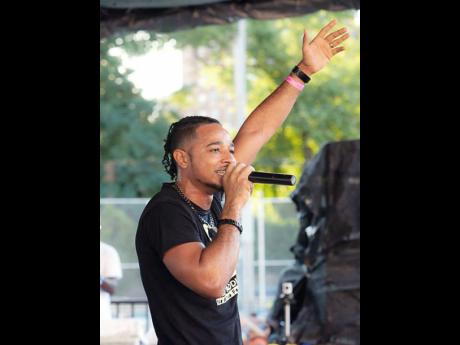 DJ Nicholas performs at Fun in the Son Bronx.
1
2
3

Tommy Cowan of Glory Music was not at this year's Fun in the Son gospel event in Bronx, New York City, USA, but members of his family were, and, reported a satisfying event where the standard of presentation was high.

"My wife and children went, and they really loved the quality," Cowan told The Weekend STAR. "They were overjoyed."

The sixth annual Fun in the Son Bronx was held on August 4 on the football field of the Evander Childs Educational Campus. In the open-air setting despite heavy rainfall earlier in the day the turnout was in "the thousands".

While the outdoor setting, free entry, and, of course, the gospel music performances were common elements with the 2018 staging of Jamaica Fun in the Son on Saturday, July 14, at National Heroes Park, there were differences. There was no Jamaican equivalent to the Community Engagement Day Parade that started at the intersection of Eastchester and East Gun Hill roads. And, naturally, neither was there anything like The Red Letters band, comprising Hispanics. Also, Fun in the Son Bronx is held annually, while Fun in the Son in Jamaica is held every other year.

However, just as performances at Fun in the Son Jamaica 2018 started with in the afternoon with the Young Ambassadors, this year's Fun in the Son Bronx performances got going with young performers, who included young people from churches in the New York City district miming and performing spoken word. Before that, face-painting and cupcake nibbling got going in the Children's Village at 10 a.m.

Cowan positioned the Bronx event as part of a push to allow persons in the US to have the Fun in the Son experience even if they cannot come to Jamaica for the biennial event. And he says: "This year was special in New York and in Jamaica."

The New York parade was led by council member Andy King, Rev Paul Peart of the New Testament Temple Church of God, Scott La Rock, and Universal Circus performers. At the football field, Bishop Jackie McCollough delivered the message that is woven into the musical performances at all stagings of Fun in the Son.

From Jamaica, DJ Nicholas, Glacia Robinson and Carlene Davis joined their counterparts JJ Hairston and Youthful Praise, Eddie James, and Emrand Henry (who is from St Lucia). The Jamaican component is critical; Cowan said wherever it is held, Fun in the Son must preserve its identity as being a Jamaican product.

"We want them to have the experience of Jamaica Fun in the Son. I don't think they have anything like it," he said.