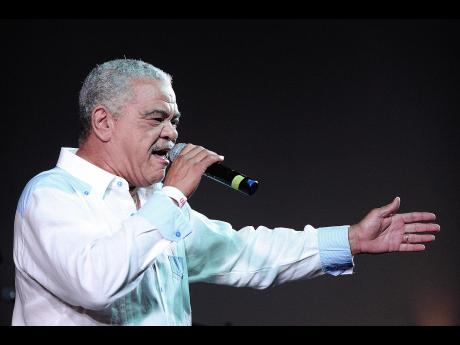 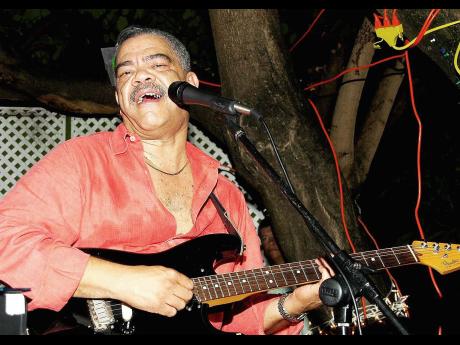 Singer, songwriter and musician Pluto Shervington has been based in Miami, Florida, for some time, having migrated to the US in the mid-1970s.

He performs in Jamaica, having been a guest on Ernie Smith's Pure Gold 50th anniversary concert in Kingston last year, and, in 2016, performing with Smith at the Rebel Salute festival.

However, he does not have to come to Jamaica to perform to Jamaicans and this weekend, he will be one of the artistes at the Merritone Family Funday in New York City.

"It is open-air and outdoors and has a large following," Shervington said. In another setting in Miami, Shervington often finds himself in the company of many Jamaicans and fine-tunes his performance for them.

"I do three nights a week at the Bahama Breeze. The theme is island music," Shervington said. "I play as a one-man outfit from Thursdays to Saturdays, unless I am out of town."

For him, being out of town can mean being out of the country, as he ticks off various parts of the US, Canada, England and Europe, Caribbean countries, as well as Abu Dhabi, on travel itinerary. He also has a show in Belize next month.

Shervington has been doing the Bahama Breeze performances for 18 and a half years, playing the guitar and singing to recorded tracks.

And when there is a large Jamaican presence, his long-established, humorous hits Your Honour and Dat, along with the patriotic I Man Born Ya, always get a huge positive response.

Bob Marley songs are a staple with the American audience and Shervington also delivers material ranging from The Eagles' Hotel California to calypso songs.

Shervington told THE WEEKEND STAR he had just finished doing harmonies on a song for producer Willie Lindo.

He has been doing backup vocals for a very long time and does that studio role very often.

"I have a reputation for doing good backup harmonies," he said.

Based on that reputation and also requests from his musical colleagues, Shervington said he is called in regularly and there is no 'big star' ego involved.

Shervington's most recent album is The Gold Collection,done in 2012, on which "I did over all the old songs new again".

Ram Goat Liver, Letter From Miami and I Man Bitter were among the tracks on that set. While he does not have a definite date for another album, Shervington said he is always writing.

He has a home studio, but many times prefers to get his work done elsewhere so that he is not distracted by the technical requirements.

And he makes it back to Jamaica for some recording projects.

"If it is hardcore reggae, I do it in Jamaica and get a band to do it with me. If it is more of a crossover song, I will do it here in Miami," Shervington said.