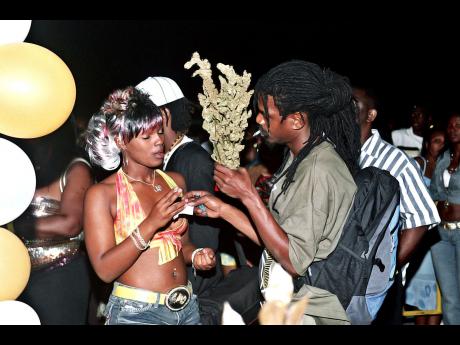 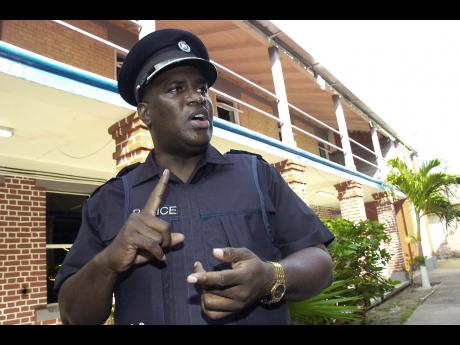 It's almost unimaginable to attend a dance or party in Jamaica and not see marijuana being smoked or sold.

Partygoers who want to get a high off ganja don't have to go too far in an event if they want to purchase the plant as stalks of the herb are displayed on the stalls of several vendors at most venues where dancehall events are held, even when there is strong police presence.

However, with the relaxation of the law as it relates to the possession of small amounts of marijuana, a lot of police personnel have been easing up on their approach towards users of the drug, according to Senior Superintendent of Police Steve McGregor.

But, he warns that smoking in a public place is still unlawful. Likewise, persons caught dealing can be arrested.

"If they have the whole cache of weed selling, we can decide if we are going to prosecute them because yuh can't be walking around with over a certain amount on yuh, and yuh can't be dealing in it either because they don't have any licence to sell," McGregor said.

However, he noted, "Smoking of ganja is not a priority of the police, it is more of a public-health issue and a social issue. We go after people preparing for export and so on."

Meanwhile, Tony Rebel, who had a 'Herb Curb' at his Rebel Salute event in January where ganja and its benefits were showcased, argues that persons should not be prosecuted for smoking marijuana.

"Yuh don't lock up people fi things like that, because if yuh locking up people fi smoke weed, yuh must lock dem up to drink alcohol too. More people die for alcohol consumption than for ganja," he told THE STAR.

Rebel contends that Jamaica is in the initial stage of decriminalising the herb, and educating the country about its benefit should be the priority.

"It is not policing that's needed. People need to be educated about how to use marijuana 25,000 products marijuana can mek. Marijuana is more than crush up and smoke," he said.

The entertainer also noted that if the use of ganja is controlled, it would be better for individuals, as well as the country, as it would stimulate economic growth.