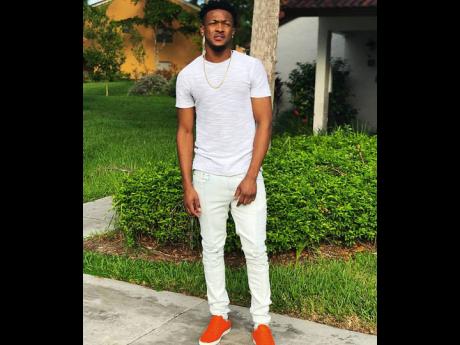 Jamaican comedian and YouTube star Prince Marni and his dancer fiancee Inhalemee have called it quits on their relationship. The news came as a shock to their large social media following, as their interaction online had not changed in recent times.

Inhalemee, whose birth name is Denisha Burton, made the revelation that the two were no longer a couple via her Instagram page on Tuesday night.

In the post, the dancer revealed that Prince Marni (born Anthony Grant) had cheated on her several times during the relationship and said she had finally come to a point where she was strong enough to walk away from the union.

“I’m no longer engaged, don’t ask about my ring. I am done pretending. Everything was a mother***king lie. You confessed to everything even after my dumb a** thought it would work,” a part of the post read.

“I stuck to a toxic f***ed up person to suck out all my drive and confidence knowing who he was, but still loved him, kept all his secrets. I am done,” it continued.

Pointing out that it was hard for her to come out and make revelations about her personal relationship, the dancer refused to take the posts down, stating that as a public figure she believed it was only fair her fans knew what was really going on.

“I am human! I will not fake nothing, I am a realist. This is my personal life, but at the same time I am a public figure, not a fake figure,” she said, vowing to come back stronger now that all her cards are on the table. “Ladies life isn’t perfect, we all go through s**t, got it. I’m sorry if I haven’t been the D allyuh know. She’s back in full effect.”

While Burton has been very vocal about the break-up, Prince Marni is yet to address the separation. Checks to his Instagram page show no sign of him confirming or denying the split. THE STAR sought to get a comment from the comedian but was unsuccessful in our attempt.

While the separation seems real this time, this isn't the first time the pair have gone their separate ways. The two broke up briefly in 2017 after rumours surfaced that the comedian had cheated. They seemed to have worked things out soon after, announcing their engagement back in March.

Prince Marni and his fiancee are not the only social media couple that have called it quits this week, as popular comedian Trabass and his wife are reportedly separated. Deanne, Trabass’ wife, also took to social media to announce the split. She assured fans that the separation was amicable and said that they are still good friends.