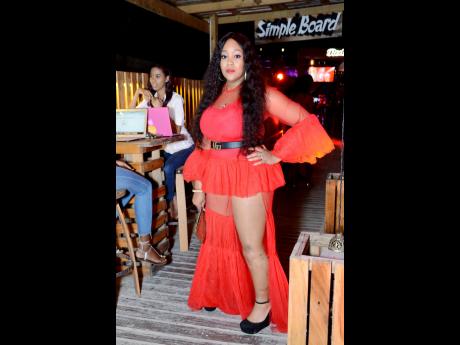 Hard-working dancehall artiste Tifa is back in the island following a series of performances and launches in North America to promote her newly released album, 'Curry Goat & Champagne'.

"It was straight shellings. The album launch went well, the shows were sold out, and the fans came out and had a good time," Tifa said.

Curry Goat & Champagne was released on August 10 via Zojak Worldwide. It features 21 tracks, including collaborations with Agent Sasco and Tanto Blacks.

Tracks on the album include This Love, I'm The Man, Rich Sex, a cover of Dorothy Moore's 1970s hit Misty Blue, Matie No More, Buss a Wine, and JA Party.

Argument, featuring Lincoln 3Dot, and Overcome are two recently released singles that Tifa has been promoting.

Early next week, she heads to Europe, where she is scheduled to perform on the three-day One Love Cruise.