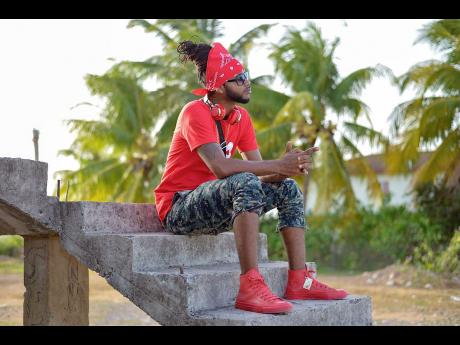 May Pen City Records artiste Tyrifik has released a video for his breakout single, 'Duh Road'.

"The feedback online has been great so far. My fans in May Pen and Clarendon love the video, and the boat scene really shot. A crazy, crazy feedback on the single so far, and mi a work on dropping some more," Tyrifik said.

The song is officially distributed by Zojak Worldwide and is now available on all online platforms.

Tyrifik will be hosting his birthday celebrations on November 17, with a stage show/party in his native Clarendon.

He is also booked to appear on a show dubbed Portland Cottage Invasion in December.

"I am looking forward to these events to further build my fan base," he said.

Over the past few months, the quick-witted deejay has quickly carved out a decent reputation for his silky smooth flow and his standout lyrical mastery.

In dancehall circles, especially in Clarendon, he has earned a decent street rep for singles such as Word Sound A Power and Dancehall Spenders from as early as 2015.

Tyrifik is being managed by his brother Marvin Henry, and together they have been producing a number of independent singles to build up his brand recognition in the marketplace.

But he is not rushing anything with his career.

"There are really no plans to put out an EP. I am just trying to get the people familiar with some singles, and it is working because mi ah get a buzz overseas with Duh Road, so mi just a promote the video aggressively and see what can gwaan," he said.