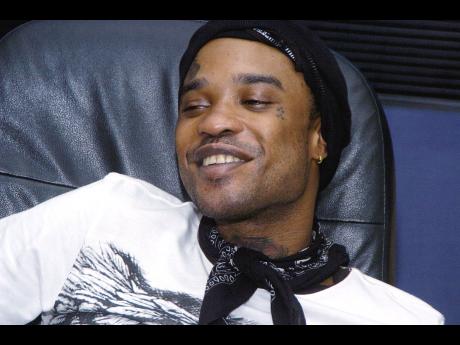 On the stage, deejay Tommy Lee Sparta is an energetic and dramatic artiste who knows how to grab the attention of the public. In private, it is something completely different.

The deejay was quick to point out to THE STAR recently that when he is not recording or preparing for a show, he is a laid-back individual.
In the those moments when he gets to relax, Tommy Lee said that he tends to just stay home, sleep or play games.

Tommy Lee, who is the featured act in this month’s Magnum Star Live series, said that spending time at home is also important to him.

He explained that after relaxing, he sometimes moves into his home studio.
“The studio (Guzu Records) at home, so if me want, me can go hol’ a freestyle, and if me nuh want go elsewhere fi record, mi can just record any song right there,” he added.

And for those times when Tommy Lee is stressed, wants to gain positive energy for inspiration, or yearns for a change of environment, he has the perfect escape.

“Right now, yuh waan know seh me deh a Iberostar Hotel. Mi like go hotel and them kinda place deh to hold a vibes,” he said.

On October 27, Tommy Lee will be performing at the Cristal Nightclub in Portland for the Magnum Star Live series.

The event will be the first in one of the latest live entertainment series, where patrons from various rural parishes will be able to experience performances from their favourite artiste and rock to music from top selectors.

The series, which is organised by THE STAR, will also have an in-paper element, with features on the artiste and the parish where the event will take place.

Tommy Lee Sparta will kick-start the artiste performance aspect of the series. Selector Ricky Trooper will be doing selecting duties. The event is sponsored by Magnum Xplosion, SpyTech and Konka Energy Drink.