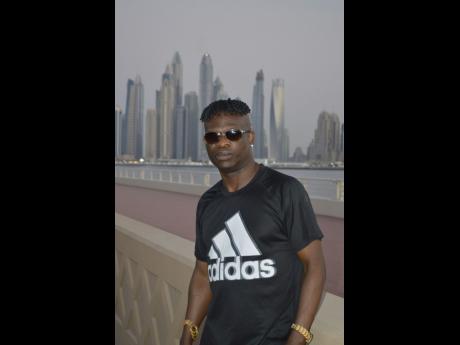 Canada-based recording artiste Vypa recently made stops in South Africa where, he said, the love was overwhelming. The trip was so profound that it inspired him to pen the lyrics to an inspirational single, called 'Mama In The Kitchen'.

"While in Africa, I spent two days in a village with some kids and their families, and that was what inspired me to write the song. It also features the Lesotho children. The song is really about the love a mother and her children share. While being there, the love was so evident. I also visited an orphanage, where I donated clothing and other items," he said.

Mama In The kitchen is slated to be released in December. In addition to Africa, the world tour saw the singjay performing in sections of India, Dubai, Canada and Mexico.

Among the songs that resonated well with his audiences was Tun Up Inna Dis.

"It's a really good track that is full of vibes, and the living proof of it was in Africa. As soon as they heard the intro, the audience was dancing up a storm. That nation is really appreciative of dancehall/reggae music, and I am really grateful that I am able to keep the musical flag flowing," he said.

Vypa, whose given name is Glenford Goode, hails from St Thomas. His entry into the entertainment scene came years ago when he began hanging around sound systems in his community.

"I began freestyling and then gradually began performing at events in the parish. Soon after, I was making connections and performing in other countries. I put in a lot of work, and it is now paying off," he said.

Meanwhile, Vypa is currently promoting singles like Chat Too Much and Whine For The General.