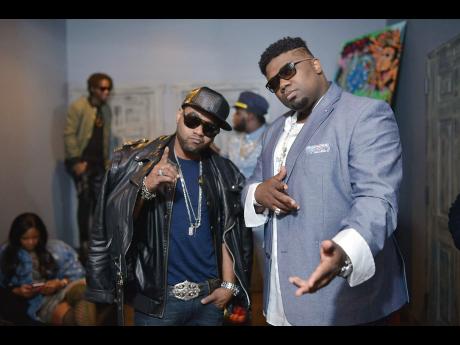 Veteran artiste Rayvon along with his deejay protege Sugar Bear, and producer Michael Prochilo, have created the 'Red Bull' rhythm.

The project features 11 tracks from dancehall legends like Elephant Man, General Degree, Tanto Metro and Devonte, and the producers themselves.

The title track finds Sugar Bear delivering a deep, rapid-fire flow of seduction to newcomer Coralee, who prepares her suitor by sweetly responding "you gon' need a Red Bull tonight."

Rayvon, the Brooklyn-raised Barbadian singer best known for his string of successful collaborations with international pop star Shaggy (including their number one hit Angel), joins forces on the rhythm with legendary NY-based deejay Red Fox for Blaze Like A Fire.

Red Bull and Blaze Like A Fire are already getting bumped on radio stations up and down the East Coast preparing to close out 2018 with a full schedule of station visits and club performances.

"Big up all massive and crew. Can't wait to bring the energy with this banging Red Bull riddim. Gonna Blaze Like A Fire' It's going to be Trouble Again, with the sweetness of a piece of Sugarcane," said GTC Entertainment boss Rayvon, adding a flurry of song references to his sentiment.

He and Sugar Bear first collaborated on the 2017 single Sugarcane, which was also released on GTC.

"Nuff love and respect to everyone who has been supporting the Red Bull riddim. Looking forward to hitting the road and introducing rhythm to the Red Bull song and the riddim," said the bear-sized deejay/producer.