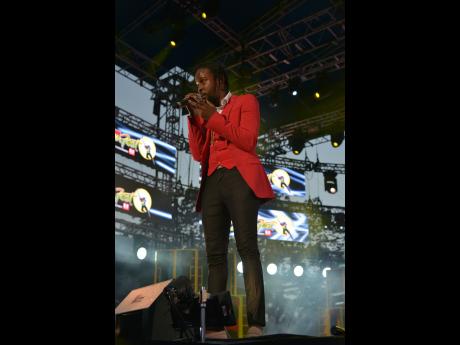 Production manager Shane Brown has come out in defence of Popcaan, who has been lambasted in the media for shoving a production worker who attempted to interrupt his set, during an event at the Wembley Arena in London.

In a video clip that has been making the rounds, a man is seen walking up to Popcaan while he was performing. The man approached him from behind and whispered something in his ear. Popcaan responded by shoving the man in his chest before continuing his set.

Since the incident, several online media outlets have published stories highlighting the incident.

However, Brown, the SMA production manager for Popcaan, said the incident was "much ado about nothing."

"It's quite unfortunate that after a historic sold out event at the Wembley Arena with one act, with no opening act, the highlight is about Popcaan pushing someone, who is a member of his team," Brown said in a press release.

He continued: "It's quite unfortunate that an inexperienced member of the team took it upon himself without permission to walk on the stage while Popcaan was addressing his audience of over 12,500 people to tell him it's soon time to get off the stage. If Popcaan were to really have pushed him the right way, that person wouldn't have been standing without even a stumble, and if you noticed Poppy laughed it off as if it was merely prank with the audience in turn laughing as well."