Bugle happy to be featured on Grammy-nominated album 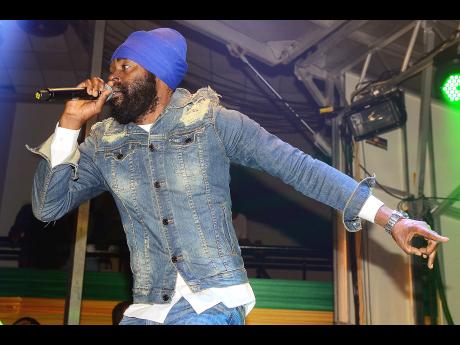 Bugle, one of reggae and dancehall's most prolific singer-songwriters, is musically a much happier man today. This is because the artiste is featured on the Grammy-nominated album As The World Turns, courtesy of award-winning group Black Uhuru.

The 12-track project, which was nominated for Best Reggae Album in this year's Grammy Awards, sees Bugle lending both his vocals and writing skills on Jah Guide, a composition alluding to being fearless in the face of adversity and nefarious people.

"Between work on my foundation, family and professional career, I have been very busy and out of sync on the music scene. It's only since the start of the new year a member of my team told me that the album had been nominated for a Grammy. I am very pleased to hear and want to say thank you to the iconic group Black Uhuru for the opportunity to work with them on this project," Bugle said.

A seemingly upbeat Bugle said that he is very optimistic that the reggae group can take home the win, which would make it their second since nabbing the coveted silverware in 1984 for Best Reggae Recording for Anthem at the 27th staging in Los Angeles, California.

The 61st annual Grammy Awards will be held on February 10 at the Staples Center in Los Angeles.