Khausion plans to impress at Red Rose for Gregory 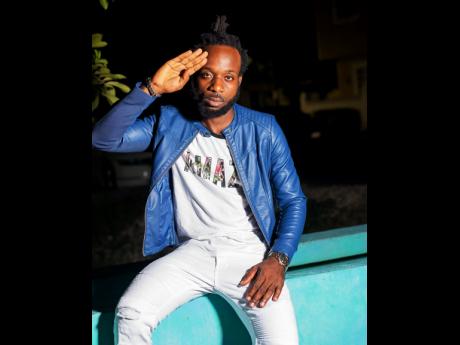 Reggae artiste Khausion is hoping to make an impressive statement at the upcoming 'Red Rose for Gregory' Valentine's show. The singjay, who last year had FM radio blazing with the song Wrong Turn, promises fans an entertaining set.

"Red Rose for Gregory will be a tremendous event, and I will definitely show the people a new side of me. Let's just say that my performance will be dedicated to the ladies," said Khausion.

Khausion will share stage with a number of acts, including American R&B chart-topping singers Peabo Bryson and Regina Belle.

Coming off a musical high in 2018, the Linstead-based artiste reflected on the past year.

"My best reflection of 2018 was seeing my song Wrong Turn selected as Boom Shot Song of the Week by Fi Wi Choice Chart show. It was an accomplishment that I felt really proud about," he said.

Khausion, who says he hopes to inspire with his music, shared his message on several stages last year. Among the shows he performed at were Paggee Beach Fisherman's Regatta, St Ann Jerk Festival, Black Stallion Traffic Light Concert and Jungle Fyah Live showcase in Portmore.

At the just-concluded Sound Di Alarm stage show in Bog Walk, he was introduced to the stage during entertainer Sativa Di Black 1's set. Both collaborated on the song Anyweh and Anytime.

"I intend to maintain my momentum by hitting the streets hard with the promotional aspect of my career, whereas the people need to hear more from Khausion di Ikon," he said.

Among the new material he has released and is currently promoting are No Medz (produced by Jahstone Productionz), Better Jamaica (produced by Aerodynamic), Love Man A Deal With (produced by Ownway Music Limited) and It's A Shame.