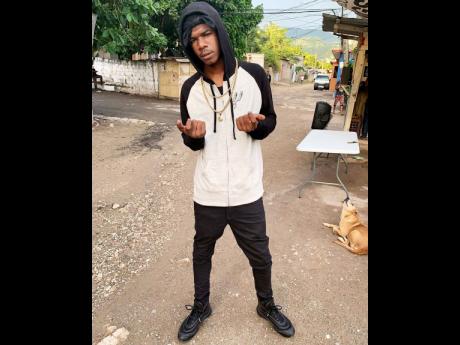 What happens when deejay Fully Bad and Kryme Boss team up musically? They create a deadly dancehall track that will resonate with music lovers, while energising the competitive music scene.

Known for his formidable lyrical prowess, Fully Bad steps into 2019 with a confident persona on his latest single, From Di Ghetto. The song chronicles the deejay's growth within the industry since prominent selector Foota Hype discovered him.

On the song, Fully Bad salutes the persons who have supported his career since he began music professionally. He also talks about those who had no confidence in him.

Yaad Boiiz Productions directed the official music video for From Di Ghetto. It was shot in sections of Bagga Lane and Rick's Cafe in Negril.

From Di Ghetto was produced by Black Orchid Music and GXM Musix. Kryme Boss, a multitalented artiste, who has since branched out into music production, heads the latter.

Having written songs for Quick Cook, Suga Roy and others, Kryme Boss' latest production is sure to generate some attention and assist in further enhancing Fully Bad's credibility within dancehall circles.

From Di Ghetto will be available on all digital platforms on January 11.