Schen 'ready' to take on the world 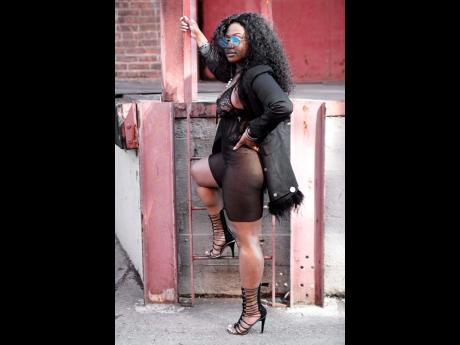 A video released for the project in November 2018 has racked up thousands of views so far on YouTube.

Schen is proud of her Jamaican roots as her parents hail from Barrett Town, St James. Schen was born in the Bronx and grew up in Queens, where she attended Benjamin N Cardozo High School.

She is largely a self-taught vocalist but honed her talents through private-school choirs and listening to classic reggae tunes.

Growing up, she used to watch her Jamaican father's sound system get ready for different parties, and through this process, she gained a greater appreciation for a wide range of music genres, a quality that serves her well as she crafts her own unique sound - a mix of R&B, reggae, dancehall and pop.

"They'd string up wires to speaker boxes and mess around with sounds and audio until they found the exact quality that would represent their sound. I learned to enjoy and appreciate a wide variety of music because of that sound-system experience," she said.

Although she wasn't actively involved in a choir during her high-school years, Schen always knew she wanted to be part of the creative music process from an early age.

"There was something about creating a vibe that made people feel good that intrigued me, and that is why I want to be an entertainer," she said.

During her teens, Schen began singing at gatherings at various events and venues, where she would wow audiences. She is also a songwriter, and has been meticulously honing her songwriting skills since age 18.

She is presently signed to US-based independent label Abscott Entertainment, and over the last few months, she has been locked in the studio fine-tuning her sound and writing and recording songs for her debut EP.