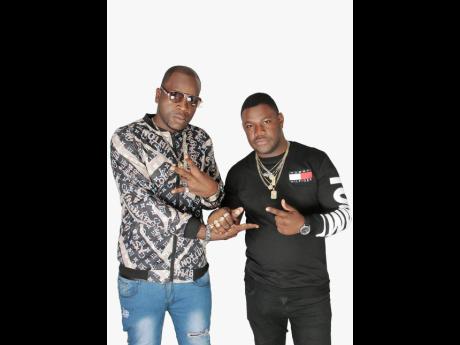 'Cash Cash' is 12 Gaddi's new offering and is an ode to the much relatable topic of money, and the lifestyle that comes along with having it.

Released on January 1, the track is a collaboration with fellow artiste Fhadda Jiggs.

The Manchester native stands at the helm of the project not only as recording artiste but producer as well, on his 12 Gaddi Records label.

"I was inspired to write this song because singing about money is always a relevant topic that everyone can relate to," he explained. "The song speaks for itself; it's living a rich lifestyle, which is many people's dream, whether they speak of it out loud or not."

This collaboration with Fhadda Jiggs was an easy one to arrange.

"I have known him for over three years so it was only a matter of time before we would work together. So late 2018, we made it happen, and that's how the single came about," he said.

The accompanying music video for Cash Cash is already in the works. The singer is also working on a few forthcoming collaborations, including Cash Cash Part 2.

Flaunting a style that mixes dancehall, hip hop and other sounds, 12 Gaddi has released several tracks during his career, including Make Money.

Other tracks of his include So Strong, Rock Away and To The Top. In 2019, he is also preparing for the release of two other singles, I'm A Winner and Brave Money.

"My focus is to connect with my audience through my music," he said. "I love music, it is my life and I hope to be an inspiration in the music industry while uplifting the spirit of the people with the energy I bring forth."