Stylysh plans to discuss sex and relationships on Internet show 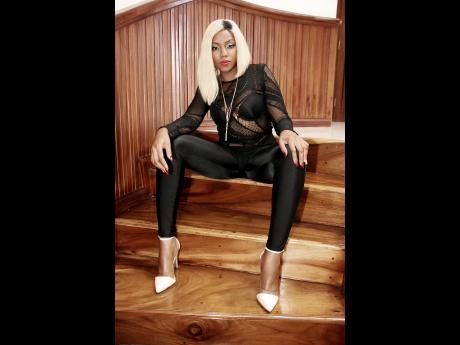 Dancehall artiste Stylysh says she is looking to capitalise on the exposure she has got following an Instagram live session she hosted on Monday night.

Videos of the entertainer interviewing Gaza Sheba as she talked about her sexual exploits with incarcerated deejay Vybz Kartel have been making the rounds on social media. The interview is said to be part of a series being conducted by Stylysh, dubbed C..cky Talk.

However, in an interview with THE STAR, Stylysh revealed that she didn't have an Instagram show. She said that the interview with Sheba happened out of mere coincidence. But, after seeing how well it did, the entertainer said that she is thinking of developing the live feed into an actual show.

"Me nuh have no Instagram live show, but me a go run wid it yah now. Me did just log on pan mi IG (Instagram page), and Sheba come on pan deh a talk a bag a things wid Kartel. Me frighten when me see it gone viral dis morning (Tuesday). I didn't expect the live to get so much attention," she said.

"Dem people yah bad. Dem all give it name. Me like it and me a go run wid it. If a even fi invite two a my artiste fren dem fi join me every Monday, we a go make it happen."

Pointing out that there will always be an audience for discussions surrounding sex and relationships, Stylysh said that she will be focusing on issues surrounding those topics as she develops the show further.

"I'm thinking of having it every Monday at 8 p.m. Me want fi invite a co-host every week, and we can talk about relationships and so on. I see it being a platform where people can be open, where dem can share things about stuff they've experienced, give advice and so on. Right now, I'm already thinking of inviting Shauna Chyn, Destiny Sparta and Dovey Magnum. It can work. I will just have to speak to them in advance."

Stylysh said that the platform may even open doors for the entertainers, as it will draw more eyes to them. She is also thinking of incorporating performances during the live feed, so that the artistes can introduce new music and engage fans.