My song is just for humour - Starface 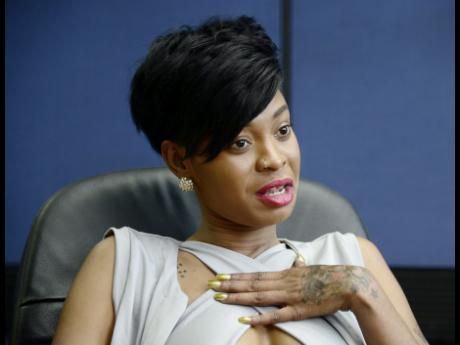 Recording artiste Starface says the counteraction she did for Munga's hit song 'Nah Mad (Over no Gyal)' was only done to add humour and excitement to the dancehall space.

In her song Haffi Mad, the entertainer addresses some sensitive topics, including the situation between Nuffy and Spice. Starface said she did the song to liven up the music scene, not to start confrontation with any other artiste.

"Certain arguments that were included were already being discussed on social media, and I wanted to bring humour to the song by adding them. My job as an artiste is to entertain and amuse the audience and keep them informed as to what the streets are saying. Everybody a talk, so me just decide to sing a song about all that's happening," she said.

She also pointed out that having listened carefully to Munga's track, she believes he was not being truthful because every man has had at least one woman who caused him to think or behave irrationally at some point in his life.

Starface plans on doing a music video for the track but wants to wait before divulging any details about the direction she wishes to take with the visuals.