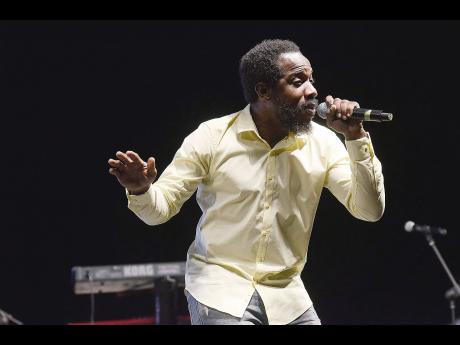 When Wayne Marshall takes the stage on Friday night at the 26th anniversary of Rebel Salute, he will be paying tribute to reggae at what, he says, is arguably the biggest reggae show in the Caribbean.

Marshall, who has not performed at the festival since 2013, told THE WEEKEND STAR that he is eager to perform at the event.

"I have had a few cameos over the year where I just run on, but this year will be a real performance that spans my career to where I am now. It will focus around Glory to God, but will also remind people of my musical journey," he said.

He added that his performance will also be a tribute to Rebel Salute, surrounding this year's theme 'The Preservation of Reggae'.

"It's up to our generation to keep it (reggae) alive and relevant, while respecting where it's coming from," he said, adding that Rebel Salute is extra special because it is done by one of their own Tony Rebel.

Meanwhile, in preparation for this year's performance, Marshall has been putting in a lot work.

"I got in some good solid rehearsals, and this is going to be my best performance ever at Rebel Salute. Rehearsals have been going so good, and we run through it the way we plan to in the real performance, so I know it's going to be special," he said.

Rebel salute takes place at Plantation Cove in St Ann on January 18 and 19.