Weh Dem Up To: Samory I spreads wings in Europe 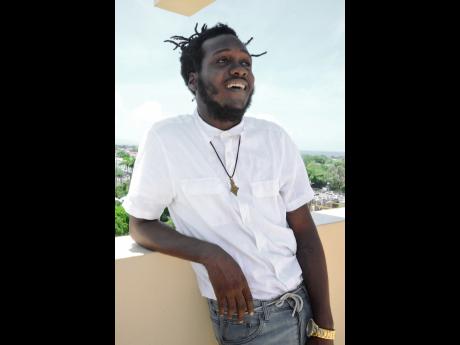 Roots-reggae singer Samory I may have a scarce presence on the local scene, but his name is quite familiar in the European market.

He spent 2018 touring the continent and made appearances at major events like the Reggae Jam Festival in Germany and Rototom Sunsplash in Spain. For the Rasta Nuh Gangsta singer, Europe holds a special place in his heart.

"The people really participate in the music and the support there is very different, because dem actually know the music word for word," Samory I told THE WEEKEND STAR. "I'm not sure if I'll have a local presence this year because a youth like me, if I stay locally, I will never get a chance to take care of my family. So I go where I've been called."

Describing 2018 as "a beautiful year", Samory I said fans can look forward to more music this year, including his latest release Feeling, produced by long-time collaborator Rory Gilligan. The love song deviates from his usual lyrics emitting Afro-consciousness and sociopolitical themes.

"The feedback has been good, because no one was expecting me to sing a song like this; most of my songs are about spirituality, but I just wanted to sing a love song, and it's a beautiful song," he said.

Samory I said the track was actually a freestyle that was birthed during a microphone test while he was in Germany last year. Though it is outside of his usual repertoire, he notes, "I don't know if I have any goals for it. I try to never have expectations of people or anything."

Samory I is scheduled to perform at Summerjam in Germany in July and Ostroda Reggae Festival in Poland in November.

Emerging on the scene in 2015, Samory I partnered with Gilligan to release his debut album Black Gold in 2017. The 13-track set features the songs Son of David, Lost Africans and the acclaimed Is It Because I'm Black.