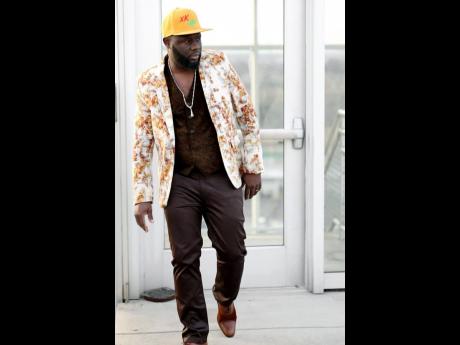 Fusing his old school style with his modern lyrics, Philadelphia-based recording artiste XKhraig tells it all in his new single Suzie.

"I first released the song on YouTube for promotion purposes and the feedback I have been receiving is overwhelming. My fans love how I was able to deliver the song in an old school style but still captivate them and keep them listening," said XKhraig.

The single, which speaks of an exotic dancer being unfaithful, has been building a momentum on social media platforms as well as grabbing the attention of radio disc jocks locally, in North America, west Africa, St Lucia and England.

"The single is about a man who tried to turn an exotic dancer into a housewife but she realises soon after that such a life was not meant for her and she ends up cheating, leaving the man to find love elsewhere. When Suzie was ready to settle down, her chance had already passed. It's a situation that's more common than you think," said XKhraig.

Currently on a small promotional tour in Jamaica, XKhraig said he had to return to his roots in order to give the song the promotional muscle it needs to reach to higher heights.

The visuals for Suzie will be released in coming months.

The singjay made his debut on the music scene with his single Scroll Of Passion.

"My fans can also look out for my new single Hard Life which will be released soon, its relatable and I want persons to know that regardless of where you grew up or how you grew up there is a better life ahead," h said.