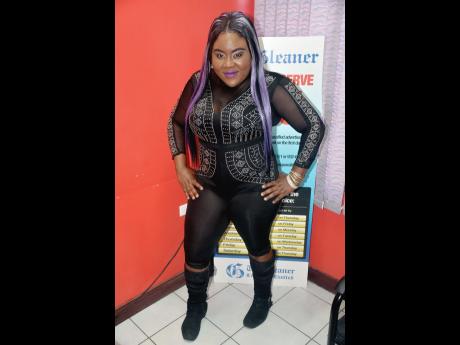 Rehgeh Queen, a 2010 Magnum Kings and Queens of Dancehall contestant, is convinced that she has found the song that can catapult her to stardom.

The recording artiste has just created a single, called Inner Feelings, which she says has the potential to go places.

"It is a song that speaks about my life, and I have been getting positive feedback from fans all over," the 28-year-old entertainer told the WESTERN STAR.

The artiste, whose given name is Rushelle Greene, has been on the local music scene for years.

"I was working with a recording label in Kingston for about two to three years. After the contract was up, I came back to MoBay because I didn't see what I was expecting from that label, even though I did a few songs with them," Rehgeh Queen said.

She is now signed to the Ricardo Allen-owned Bad Bad Citizenz Entertainment.

"I have a lot of interesting materials. Everybody knows I am lyrical. So nothing less, it has only gotten better. There is this hunger, and it is going to be satiated," Rehgeh Queen said.