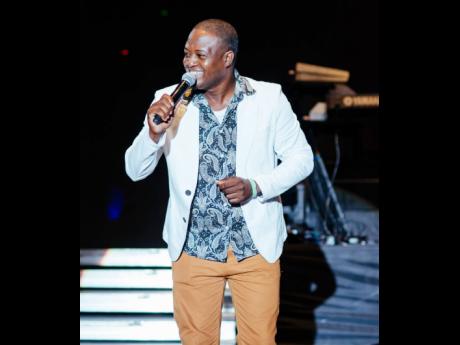 A three-time finalist in the Jamaica Cultural Development Commission's (JCDC) Gospel Song Competition, singer Omar Douglas says he has moved past the disappointment of not securing a better placement in the annual contest, and is finally ready to release his first album.

"Every time I entered, the song was always a favourite, but then I never seemed to get beyond a top 10. I was sure that I would have been in the top three, especially the last time, but that was not to be," Douglas said.

The gospel artiste says that despite this, he is grateful for the platform that JCDC has provided, as his songs received airplay and even now he is still receiving royalties. However, persons are now calling for him to release an album, and he is making this one of his goals for 2019. As a matter of fact, two years ago, Douglas held a CD launch and concert, which was well attended, but the only problem was that there was no CD at the launch.

"I apologised to the patrons for the absence of the CD, but the fact is that I thought it would have been ready, but we had only five songs, not the seven songs that I had planned to deliver," Douglas said. "But I made sure that they got their money's worth at the concert," he added.

Moving forward, Douglas, who is a member of the Yallahs New Testament Church of God in St Thomas, is putting all his energy into getting the job done, and says the project will be completed in the Summer. However, he was quick to point out that it is not about the money, it is a ministry.

"If I humble myself, God will exalt me and so I am putting more time in ministry, even while I am working on the album," Douglas proclaimed.

Meanwhile, Douglas is also practising a lot of humility as he waits for a call to perform on a concert that is very special to him, Heart Praise, held annually in St Thomas on Labour Day.

"The first year that it was being staged, I got a call from the promoter, who is also a gospel artiste, telling me about it and that he would want me to be part of it, but I never heard back from him. The concert has been very successful and several of the top gospel acts come to St Thomas for it and people always ask me why I'm not on it, but I tell them to ask the promoters," Douglas explained.

The gospel artiste is adamant that he is not complaining about this perceived snub, instead he continues to wait patiently.