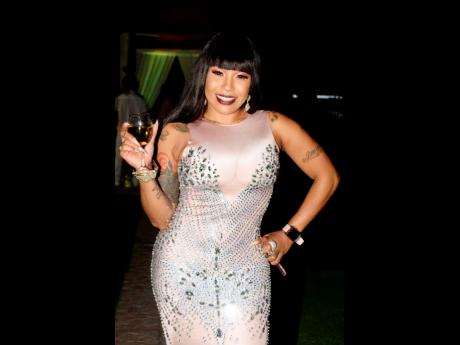 Dancehall artiste Shauna Chyn is over the moon after the video for her song, 'Dreamland', hit the million views mark on YouTube earlier this week.

The entertainer says she has been toiling hard the past few months and is happy her fans have decided to reward hard work with the attention it deserves.

"A million people looking at your video is a big deal and it's not just people in Jamaica, it's folks from all over the world. Mi never imagine it and mi never know it woulda happen, so me just grateful and me happy. Me can't wait for the rest of the world to see it and for it to get to one million more views. This song is really a hit innu," she said.

Chyn said this will be the turning point in her career because she has never really been taken seriously in the industry.

"Co-workers, consumers, even the ones weh did a follow me career never take me serious. Me nuh think people did a expect me fi reach this far and fi last this long. All me deh here a pree now, is that if me can go a million views in three weeks, me finally have the people dem attention and me need fi do more work so me can get more views and people can really see me potential," she said.

Chyn credits her most recent achievement to her being fully focused on making a legitimate career out of music.

She said having done away with the gimmicks, she has become more serious about her craft and only wants to continue making 'boss moves'.

"I am more consistent now. I decided that this was it and me a go take the industry by storm. People were paying attention before but back then dem just did a wonder if this girl really serious. Now, dem know say me serious and dat dis girl really can do this," she said.

The entertainer says she plans to capitalise on the milestone.

Now that she has the ears of the public, she has plans to release an EP and to make more appearances at different shows islandwide.