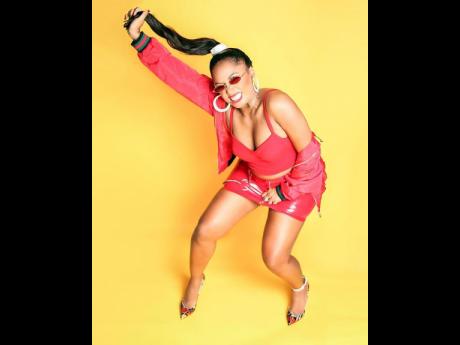 With her new single,Crazy, produced by Trigga Happy Productions from Germany, she has been receiving positive feedback from media houses in Florida, New York and Jamaica.

Now completing two media runs in those two US states, Rre has started the Jamaican leg of her promotions. “This single caters to those ladies who sometimes end up in relationships that are complicated, but they don’t want to leave because they are in love,” she said. “I think every woman at some point in time goes through something like that.”

The sultry lyric video for the single was recently released on Rre’s YouTube channel and has been attracting a wider fan base for the artiste.

Rre describes her sound as ‘unique’ and ‘seductive’. She has been trending from her recent performance at Dovey Magnum’s Bawl Outtt show held in December and on the MVP stage in New York performing alongside heavyweights such as Mavado, Alkaline and Jahmiel.

“This is my year. I have a major announcement to make soon about management and I am actively reaching new markets, so I am excited,” she said.