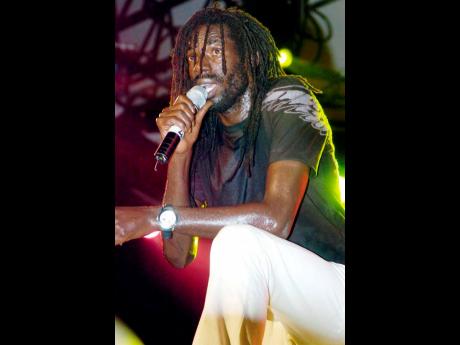 With little more than a month elapsing since tickets went on sale on January 17, only about 3,000 bleacher tickets remain available for Buju Banton's highly anticipated homecoming concert.

The show is set for March 16 at the National Stadium.

Speaking with THE STAR in a recent interview, Banton's publicist, and one of the show's main organisers, Ronnie Tomlinson, said the response to the show has been overwhelming.

She explained that since online sales opened up, tickets have been going at a fast rate and says that demand has not dropped since tickets were placed in physical outlets across the island.

"The VIP has been sold out, general field has been sold out, grandstand has been sold out. So at this time, we only have a little bit over 3,000 bleacher tickets remaining and we're only a few weeks out in terms of sales," she said. "I want to stress that tickets will not be sold at the gate. I don't want people to feel that they can come to the gate on the day to get tickets because there will be absolutely none. Everyone needs to purchase their tickets prior."

A PART OF HISTORY

Tomlinson, in addressing the excitement surrounding Banton's first performance in Jamaica since 2011, said it's an event that will go down in the nation's history books.

"It's an event that you do not want to miss. This show is a part of history in our culture. For so long, we've been hash-tagging 'Free Buju Banton' wanting him to be home and now he's here, we're going to give him the best celebration and welcome we know how to," she said, pointing out that the Gargamel is just as excited to see his fans as they are to see him.

"He's very ready to perform for us, to talk to us and just say thank you to each and everyone of his supporters," she said. "Rehearsals have been going well. All his friends are looking forward to joining him on this historic show. It's just all building up really nicely at the moment."

Although the team could not readily list some of the faraway places where tickets have been purchased, they suspect based on the media accreditation requests that people will be travelling from as far away as Switzerland, Germany, and Japan.

Jamaica is the first stop on Banton's list for his Long Walk to Freedom tour. He is expected to deliver performances in several other islands across the region, including Trinidad and Tobago, The Bahamas, Barbados, Suriname, Grenada, British Virgin Islands, and St Kitts.