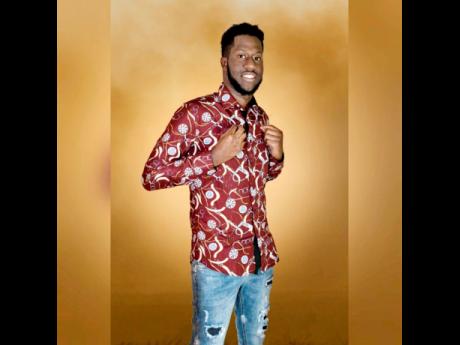 After what was undoubtedly one of his biggest shows to date, Jahazeil Myrie says he's ready to follow in his father's musical footsteps.

Speaking with THE STAR following his performance at the Long Walk to Freedom concert at the National Stadium, the son of reggae icon Buju Banton revealed his plans to not only carve out a niche for himself, but also build on his father's legacy.

Myrie said that although he was surprised by the crowd's reaction during his performance, he savoured the moment, as he realised the stage was where he wanted to be.

"I never know I would get so much feedback as a young artiste, but dem (the people) show me love and dat make me feel great as an artiste. It was a moment of a lifetime," he said. "I knew this (music) was what I wanted to do. But in that moment, things were even clearer. I was feeling great, like I was born to do this."

Although Myrie recognises he has big shoes to fill, being the offspring of one of reggae's greatest, he has a plan.

"I just have to be myself, I can't be anyone else but me. I'm more than just Buju Banton's son. I'm talented and I know music is my calling, so I'm just going to go at my career with everything I have. I'm ready for anything and everything," Myrie said. "It (being Banton's son) carries a burden, of course, because you affi show up and show out to a certain extent. It's a bit difficult, but I just have to stay focused. I know that I can do this."

While he continues to hone his craft, the young entertainer says he is happy his father is home because they are not only catching up on father-son activities, but also working on his (Jahazeil's) development.

"We're enjoying our moments together and getting familiarised again. He's getting to see and hear me do my thing, and I just feel great having him home. He's been giving me some advice, and I'm listening and learning," he said.