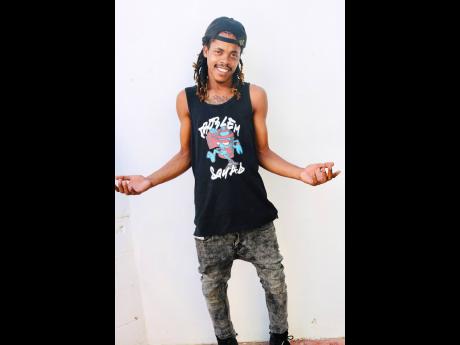 To the lead man of rising dance group Problem Squad, Cordane Devon 'Lee Master' Campbell, the responsibility of keeping a close-knit team that constantly innovates and entertains comes as an easy task.

After all, being quick is how the dancer got the name 'Lee', after Chinese actor Jet Li.

"At present, seven talented dancers make up the group, and while there may be differences in personality, there are hardly any problems," Lee Master said.

The dance group is based in Spanish Town, where Lee Master's career started. But having enrolled in the Edna Manley College of the Visual and Performing Arts, he has been living in Kingston.

Currently in his third year of a degree in dance performance and choreography, Lee Master's studies at the School of Dance find him doing various moves, from the basics to grand jetes (large leaps than transition into splits in the air) to thunderclaps.

"I would like to think of myself as a versatile dancer; [I'm] not afraid to try the various dance forms, and I am presently doing ballet, modern, jazz, folk and Afro-fusion as part of my degree," he said.

Although the 24-year-old remembers dance playing a major role in his life as a child, his secondary-school extra-curricular activities, which included sports, took him on a path to become a cricketer.

He made Jamaica's Under-15 and Under-17 cricket teams and eventually moved on to study at the G.C. Foster College to get a teaching degree, but it did not satisfy his craving for the stage.

"I have never been a classroom type of guy, and even though I have contemplated returning to teaching college for financial security, my head is not in that frame of mind," he said. "Dancing is my lifestyle, and it challenges me to create ways to make it, to create possibilities, and it not just feeds me physically, but mentally. I can't do without it."

The dancer-choreographer boasts that he has a remarkable team that contributes a great deal to their gain.

Added to that, Problem Squad has formed constructive friendships with other popular groups, such as Team Cautiion and Xclusive Dancers - two dance groups that the dance squad has plans to collaborate with to host a workshop for local and international dancers.

He has amassed intelligence through participation in various workshops in Jamaica and overseas.

He took part in the 2014 Dancing Dynamites competition, performed in the United States in 2015 for the Guyanese Independence Day Parade in New York, and recently took on the role as a guest instructor at the Jamaica Meets Barbados workshop, held in the parish of St Michael in the eastern Caribbean island.

"There are quite a few things I would want to do to improve the quality of life for dancers outside of education and choreography. We need an agency that represents for us in all areas to provide benefits and secure our futures. If there was any way for me to help with those solutions, I would," he said.