Frassman Brilliant excited about US performance 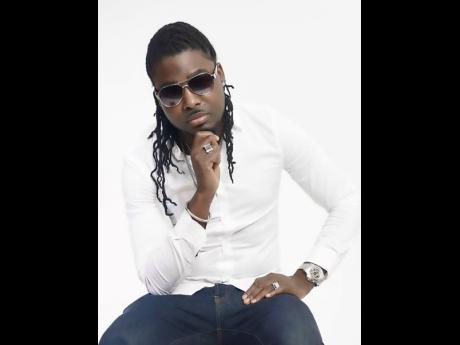 Dancehall artiste Frassman Brilliant is excited about his performance at Reggae Xplosion on Friday, April 19. The inaugural staging is scheduled for the Mateel Community Centre in Redway, California.

Also on the line-up are Gyptian (who Frassman Brilliant recently teamed with for the song Magic) and roots singer I-Wayne.

"The fans can expect an explosive performance. They will get something that they never expected," said Frassman.

Frassman Brilliant is on a musical high with the songs Brain Food and Magic that are currently in strong rotation locally and overseas. He is also known for songs including Dat Nuh Hard Fi Do and Welcome to Jamaica.

California has several reggae and roots festivals annually, and Reggae Xplosion is expected to join their ranks.

"California has always supported reggae music. We feel that the presence of reggae music is strong there, but is a bit lacking in diversity of styles and less travelled for most Jamaican artistes," said Tyra Jamerson, promoter of Reggae Xplosion.

Frassman Brilliant is currently on a US radio promotional jaunt in support of Magic. NS Music Enterprise produced the song, which was released on April 5 by Zojak Worldwide.