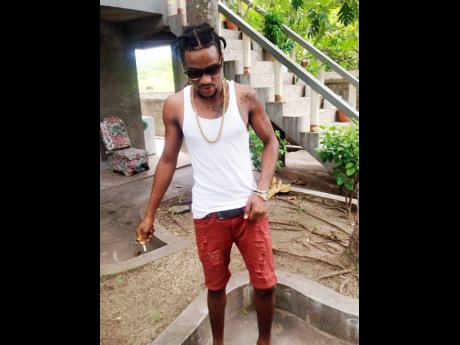 When Dennis Cunningham started music, it was all about living the luxury lifestyle that he saw portrayed in music videos.

After a few sessions and getting first-hand experience with different rhythms, he said that he fell in love and now believes that this is his destiny.

Cunningham, who goes by the moniker Lee Dann, said that for the past nine years he has been trying to get his big break on the music scene.

And even though the road to fame is not the easiest, he believes that he will make it. For him, his two children are his biggest motivators.

"My kids love my music and my big daughter is in to my music. She believes in me. There are times she saying: 'Daddy, when you a go buss?' She always goes on YouTube and listens to my songs, and that makes me feel really good. It brings tears to my eyes when I see my little daughter dancing to my songs. My mom also encourages me and tells me that mi soon buss," he said.

To date, Cunningham said that he has several singles, such as Tonight and Need Cash Now.

He said that he also has two mixtapes, Sufferation and I am Lee Dann.

The Far Mi A Come From singer said that most of his songs are personal and an expression of how he feels and what he experiences.

He said that there have been times that he felt like doing something else, because some people feed more into negativity than the conscious lyrics he puts forward.

"It feels really good to hear my songs on the radio. The first song that played for me on the radio was Hold On and when I wake up the morning and heard it, I couldn't believe, and that motivated me more. I have had so many ups and down over the years, but I am grateful for where I am," he said.