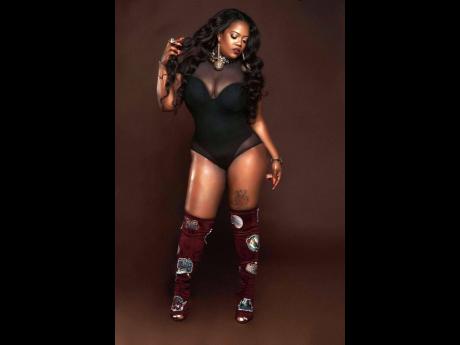 The artiste, who last year travelled to several Caribbean countries, North America and even returned to Jamaica for a celebratory birthday party, is pleased with the continuous growth.

Still cruising off the success of her hit single, Bawl Out, Dovey Magnum will be heading to the United Kingdom this month to perform alongside KipRich.

The April 20 show in Birmingham will be one of few stops in the United Kingdom. Dovey Magnum has also been garnering huge traction/streams on several digital platforms such as Spotify, Tidal and Audiomac, and is eager for her upcoming performance as it will allow her to further cement herself as a household name.

The soca-dancehall infused track gives Caribbean reggae-soca fever and shows the artistic skills of both entertainers.

“We are energetic about 2019. Dovey Magnum’s arsenal of tracks to unleash is just what the industry needs, what fans want to hear, and energise the major markets outside Jamaica. We are bringing diversity, authenticity and remaining humble as we share the experience with the #BawlOutNation,” said the artiste’s publicist Shuzzr.

After performing in the United Kingdom, Dovey Magnum will be heading to Florida for another epic event as she gets ready for summer 2019.