Lazah Current teams up with Luciano on new single 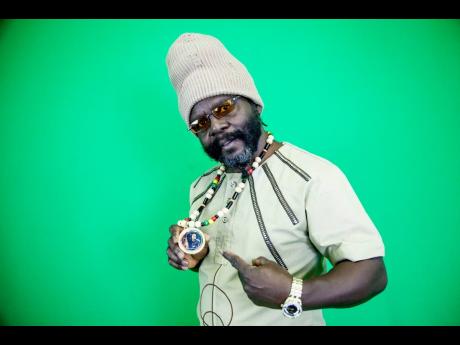 The song, which was produced by Lazah Current for his Lazah Records imprint, was released late last year. Since then, it has enjoyed steady rotation both locally and overseas.

Lazah Current says that he is pleased with the response that Power to the People is receiving, and he believes that the song has the potential to be a big hit.

"I have to big up my brother Luciano and thank him for collaborating with me on this project. It's getting a lot of support from DJs and fans all over the world. It has the potential to be a great success," said Lazah Current.

He and Luciano recently shot a video for the song, which is currently being edited.

"I'm very excited about this video. As soon as the final edit is done and approved, we'll set a release date for it," he said.

The Manchester-born singer is also gearing up to release another single and video titled Fist Fight, which was produced by the Warrior Love band.

"I've also shot a video for it. I am looking forward to releasing it very soon," he said.

Lazah Current, given name Hal Duggan, migrated to Toronto, Canada, in the 1970s and was a part of the music scene there for almost 20 years.

While living in Canada, he was a member of the award-winning reggae group Messenjah, which enjoyed much attention in Toronto during the '80s and '90s.

Lazah Current is known for songs such as Betta Tomorrow and Cry Me.