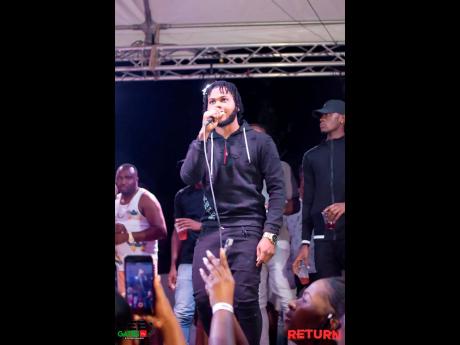 Fresh off an impressive outing at a show called 'The Return' in May Pen, Clarendon, recently, singjay Kaream Kharizma has released the new track Gyal Magnet on the Celebration rhythm on the DJ Jason Music label.

The song was released on May 14.

"The response to the song has been great on social media. Some people a say mi a call up Beenie Man and Tifa name, but is not anything derogatory. Mi deejay say 'tell Zim Zimmer, mi a de gyal dem new sugar', and then later mi say 'mi wi make yu walk boasy like Tifa', but everything a just fun and happy lyrics, nothing personal," Kaream Kharizma said.

The rhythm also features other artistes such as Mr Easy, Bad Gal Jade and Kashmar.

The artiste vowed to make a big impact in 2019.

"I am ready, never like before, lyrically. In fact, I am like an S-300 surface-to-air missile system, ready to launch an attack on the dancehall scene, so other artistes better be prepared or find a bunker to hide," he said.

Last year, Kaream Kharizma generated a buzz with his releases Watch Ova Me, and Pretty Little Indian, with the latter finding an audience among young female fans.

"I am putting in the work, the management team ah step up things, the shows ah come in, so everything ah gwaan good," he said.