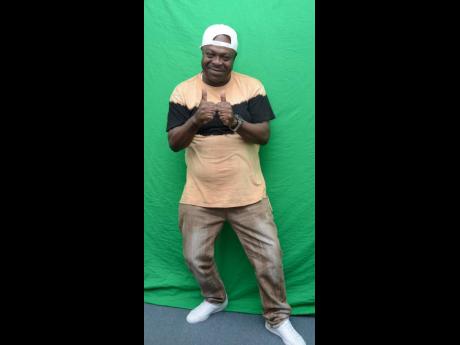 The 'bashment' that surrounds social-media dance challenges has caught the attention of veteran entertainer Chaka Demus, who has launched his own. Although Chaka Demus does not show any of his own dance moves, he is challenging others to show their creativity.

The dance challenge, which carries the title of the veteran entertainer's song No Money No Love, from his solo album Success, has resulted in an online competition between professional and aspiring dancers.

"The song is doing well on its own as the numbers are gradually climbing. It is a song that both man and woman will love, but it needs the promotion in the dancehall," Chaka Demus told THE WEEKEND STAR.

"I believe dance challenges, which give dancers a chance to showcase their talent to a selected song, do a lot for both parties. So all them have to do is get grooving to win."

Unlike dance challenges created by recording artistes that usually offer entrants a chance to be featured in actual music videos, the 'No Money No Love Dance Challenge' is offering a cash prize of US$500 (J$67,114) as the official music video for the song was released in February.

Some of the video entries have already been posted on Chaka Demus' Instagram page for the public to choose their favourites. The video with the most likes by June 3 will be named the winner.

Chaka Demus, who rose to popularity with Murder She Wrote and Tease Me as part of the duo Chaka Demus and Pliers, is also excited about another single from the album, Forward And Pull Up.

"It was just me showing respect for the original dancehall style and bashment and the settings weh build me. That's why mi highlight and big up people weh contribute to dancehall in the track," said the veteran, who boasts of surviving for more than three decades in the music industry.