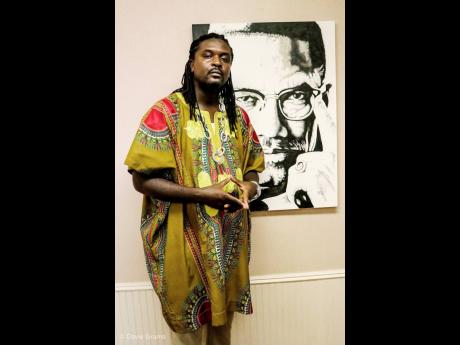 Dub Poet Richie Innocent is thrilled about his recent participation in the Bridgewater International Poetry Festival, which took place from May 15 to 17 at the Bridgewater College in Virginia, United States.

The festival, which was organised by the Bridgewater College, featured presentations and workshops over four days and was attended by 52 poets from the US, Ukraine, Zimbabwe and Denmark. Poets also made presentations via Skype from England, Zimbabwe, and Israel.

Richie Innocent was the only poet from Jamaica who participated in the annual poetry festival.

"I had an awesome experience interacting with poets from all over the world at Bridgewater. Throughout the four days, I attended several workshops. I did my first presentation on the third day. After that, I was listed in a group of 16 poets that were selected to perform on the final day of the event," he said.

On the final day of the festival, it was announced by Professor Stanley Galloway that Richie Innocent's poem, Community, was selected as the poem of the festival.

"I was overjoyed when Professor Galloway announced that my poem was selected as the poem of the festival. I felt greatly humbled and honoured for this recognition of my work," said Richie Innocent.