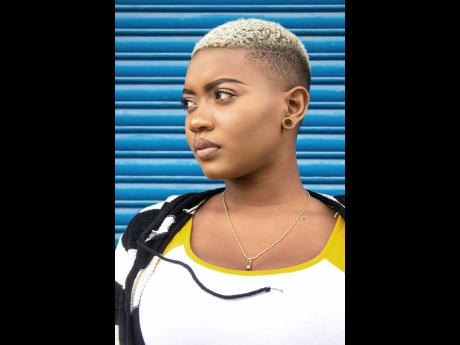 After dropping 'Banana' almost a year ago, Jamaican songstress Jada Kingdom will be releasing the music video for her hit single.

Kingdom told THE WEEKEND STAR that the visuals will be fun and will match the song on every level.

"I love the video. It's fun, witty, and bouncy like the song," she said.

"The colours are amazing, and we found an amazing ballet dancer, Nanny Rootz, who really added a stunning visual component."

The video is expected to premiere on Fader.com on Friday, June 14.

It was shot in downtown Kingston and at the Creative Production and Training Centre sound stage.

Although he is excited about the release, the artiste's manager, Julian Jones-Griffith, said that getting the video released came with a few hiccups.

"You wouldn't guess it from the final product because it's a very dope video, but we had a lot of issues with some of the production crew. Jada ended up having to go and finish the edit herself," he said.

"Island (Records) had to push back the release date, as major labels require the video to be delivered at least two weeks prior to release. But the video looks really good and colourful, and we are very happy with it. Big up the director Dameon Gayle for helping to execute our vision."

In addition to the music video premiere, Kingdom and her team have announced that the song has been picked up by Island Records from the United Kingdom.

"We were contacted by Island Records earlier this year about Banana. They said they loved it and wanted to do a deal with us. We went to the UK to meet with them. From the interaction with them, it was clear they really believe in the song and also in me as an artiste, so we are very happy to work with them," she said.

"Island Records definitely wants to work on a much bigger, long-term situation with me, so this is sort of a trial run for everyone. But we have a lot of options and interests on the table, so who knows where the future lies."

The lyric video and audio for Banana has garnered more than three million views on YouTube, and the track has surpassed one million streams on Spotify. Jones-Griffith expects the music video to also do well.