No fanfare for International Reggae Day 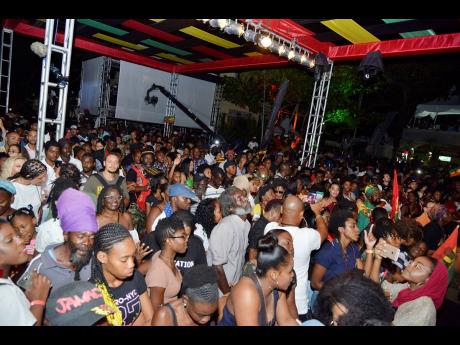 Patrons at the Catch A Fire Concert held at the Bob Marley Museum on February 6. 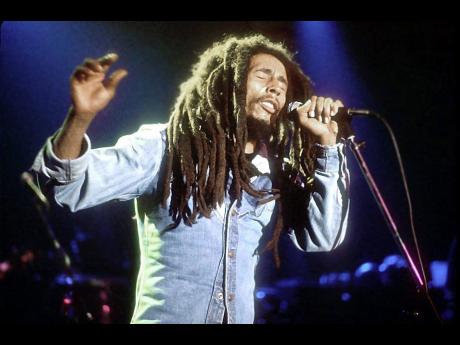 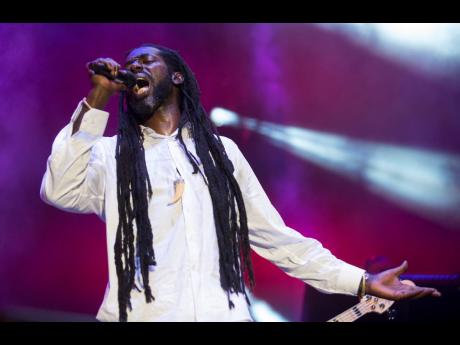 For the 15th year, today, July 1 is being celebrated as International Reggae Day (IRD), but there is a seeming lack of fanfare about the occasion.

Besides a celebratory print advert in the local papers featuring images of icons like Bob Marley, Dennis Brown, Chalice Band, Carlene Davis and others, in addition to a portrait of Culture Minister Olivia 'Babsy' Grange, courtesy of the ministry, there is no major concert or special collaborative album, mixtape or music video release planned to commemorate the would-be auspicious moment.

Entertainment journalist Dave Rodney took to social media yesterday to air his grouses about the day, questioning whether reggae was on life support.

He said that "an important voice in the industry" said the reggae regeneration rate is much too slow for comfort.

"This means, there is too long a wait between the breakout of top-tier talent," he posted.

Rodney pointed out that the wait time between Chronixx and Koffee was more than five years, whereas in the 70s and 80s, major talent was breaking out almost weekly.

"Why is the breakout rate for reggae said to be at an all time low despite the availability of so many resources that were unimaginable in the past?" he asked.

Reggae music stalwart Tony Rebel notes July 1 as an important date, but he doesn't believe that 24 hours is enough to drive home the importance of Jamaica's greatest export.

"People fi understand the power of reggae. Media outlets don't put any emphasis on reggae. Young people don't understand. But to get them to understand, there needs to be more education - which is better than having a big celebration that nobody will remember," he told THE STAR.

Rodney pointed to lack of resources for the potential development and distribution of new talent. But others point to the same lack of resources as the reason International Reggae Day isn't a blow-out celebration.

"Like most things, they need the support to create a fanfare, like a big concert. It does spark some concern, because to finance something of such magnitude is a heavy undertaking. (Conceptualiser) Andrea Davis had a vision for International Reggae Day, but we need financing to get the big names to be part of it. Also, the time IRD comes around, it's competing with people going on tour. If it got corporate support, I think it would be brilliant," he said.

While members of the reggae music community are nonplussed by the virtual silence surrounding a day that should be theirs to rave about, some believe the effort should be revised - and perhaps re-designated, to a date in February, Reggae Month.

On that point, multifaceted creative Jason Panton chimes in, with the well-worn suggestion to move IRD celebrations into Reggae Month - keeping the talent focused on summertime tours. Moreso, he believes Reggae Day should coincide with Bob Marley's birthday - February 6.

"It would make sense that Bob Marley Day and Reggae Day be the same. I don't think it takes away from Bob to have his birthday be International Reggae Day. If that was the case, we could do more programming within Reggae Month. July should go more into celebrating Reggae festival season, and promoting all the artistes that are on tour at home and abroad," Panton said.