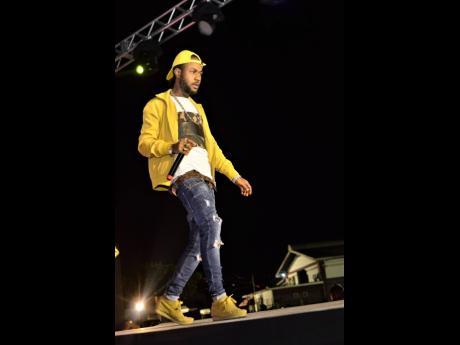 Jahvillani is looking forward to delivering a big performance at Sumfest. 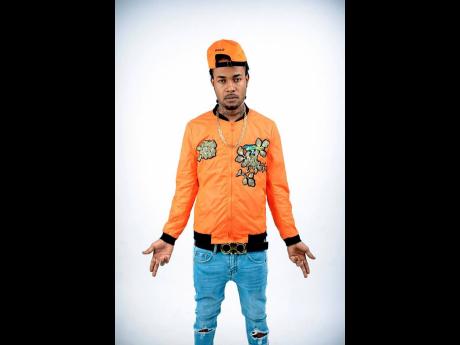 After a short but memorable debut tour in the United Kingdom, dancehall's newest go-getter, Dujon 'Jahvillani' Edwards, is back in Jamaica in time for the scheduled 2019 Reggae Sumfest rehearsals.

The St Ann-born recording artiste, part of the 6ix movement, has been tasked with being part of the line-up that brings the curtain to a close on Festival Night One, which he says is an opportunity he has earned.

"Call it seh I been working for a while at it; from me a likkle yute me a sing song and it finally come through ... with all the hard work it is happening," Jahvillani told THE STAR prior to his rehearsal session held at the Downsound Records studio last week.

The 24-year-old said that as one of the influential artistes on the scene, the fans will demand much from any performance.

Jahvillani's own forecasts for the 'Dancehall Night' were: "Just crazy shellings because right now we ah trending artiste inna the business and no matter the artistes weh we see [on stage], at the end of the day, it is going to be about going out there to put out my best."

He also explained that the word 'trending' is defined by where and how frequent an artiste's music is played, and for the most part, tracks like Wildside Government, Nuh Reason, Gad, and more recently Clarks Pon Foot from the deejay's burgeoning catalogue have been named street hits.

To the artiste's surprise, his songs are not only street hits locally but have also contributed to his rising popularity in Trinidad and Tobago, London, cities across the US and Canada and in Latin America.

The deejay says that the UK tour, which saw him on stages in cities such as London, Birmingham and Manchester, has partially prepared him for the diverse patronage anticipated for this year's Sumfest.

But in the same breath he admitted, "I want this show to launch me on the Germany festivals (like Summerjam in Cologne) and across Europe because the international festivals different from what happens in the base. The tour was a great one because people actually turned out for the shows, to hear me."

Jahvillani has not indicated any nervousness as he readies to demonstrate how versed he is at dancehall and other musical genres.

"It a guh be fully energetic. You know everybody, almost the whole place ah seh 'wildside government' and everything ah guh be natural once me touch the stage," he said. "See me right yah, I'm not shy but maybe composed and conservative, and as the band starts to play the riddim dem, me ah catch the flow."