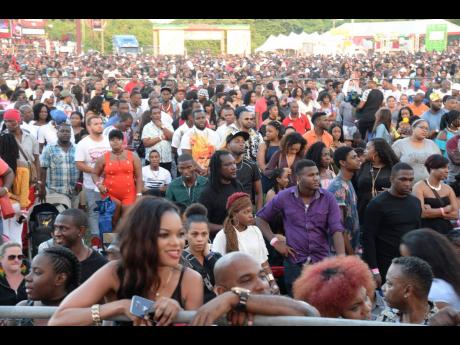 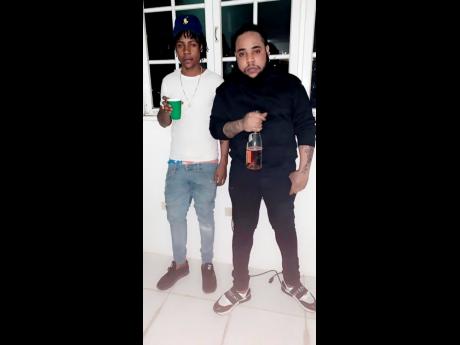 Dancehall deejays (from left) Bobby6ix and Squash, who actually are blood brothers.
1
2

From the streets of Salt Spring to Reggae Sumfest, Akeem Whittaker, better known as Bobby6ix of dancehall's widely talked about 6ix movement, is getting prepped to make his mark on the music scene.

Bobby6ix's interest in music started at a young age, he told THE STAR: "From Vybz Kartel deh a road, me follow the music from long time and inna real life; mi do music because me really like it."

Just 19 years old, Bobby6ix is enjoying the support of radio stations and sound systems as well as the increasing YouTube plays of his debut single Dutty Money, released two months ago. He put out another single last week, Calm Down, with views steadily rising to meet the numbers of his first song.

It's a small catalogue to say the least, but Bobby6ix said he cannot wait to give people a preview of what he can do as he continues to build a track list.

"Reggae Sumfest is the first major show I will appear on, but I am only expecting greatness to come from it and from the entire 6ix," Bobby6ix said.

He is not booked as one of the headlining or closing acts, but anticipates being called on stage during the closing segment with the 6ix; appearing as part of the 6ix means that the deejay/songwriter will also share the stage with his brother, Squash - a first for the dancehall up and comer.

He said: "There have been other times me an' me brother coulda perform together but it jus' neva work out dat way. Most times we jus' vibe and watch. The first time I ever do any live show was with Daddy 1."

The high-spirited deejay continued: "Mi ready fi Reggae Sumfest, anything my brother say. Plus mi confident in the ting [the festival]."

Currently his anthem is Overcome, one of his brother's singles, because "As the title say to overcome, and as a group weh get fight hard we just have to overcome."

He says Reggae Sumfest is one of the platforms that represents that the 6ix has overcome some of the struggles.

"We have whole heap a good tune to release and I know for sure 6ix a guh tek it, we active and we out here," he said.