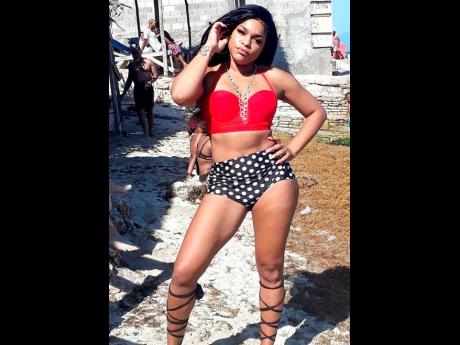 With such a competitive music industry, Bridgez has been stepping up her game.

The songstress recently released two new music videos back to back for her singles Another Day and Faded.

Both singles received positive feedback locally and internationally leading the artiste to create visuals for the singles.

Faded, produced by Future Roots Records, was shot and directed by Marz of Jamagination Films.

The video, shot in Florida, has an international feel that is fitting for her newly formed alter ego 'Baretta', who raps and deejays.

" Faded is a love story where two lovers break up and make up. It took us four days to shoot this video, especially shooting the train scene in the rain. But my love, interest in the video and the director were very patient," said Bridgez.

Another Day on the other hand, was produced by Ireland Records. The video was shot at Hilton Rose Hall in Montego Bay by Everton Gentles of Pixledge Studios.

Bridgez added: "This video is very personal for me. It reflects on a past incident where I was attacked and showed me moving on and evolving in the process".

The melodic artiste started music from as early as 11 years old. She completed her first two professional recordings in 2006 with David 'Hazzle' Hayle and Jordan McClure from Chimney Records; the tracks are called Have Fun Tonight and Distracted.

Both singles were her gateway into the music industry meeting and working with several producers.

Bridgez has recently started her media runs to promote both videos.