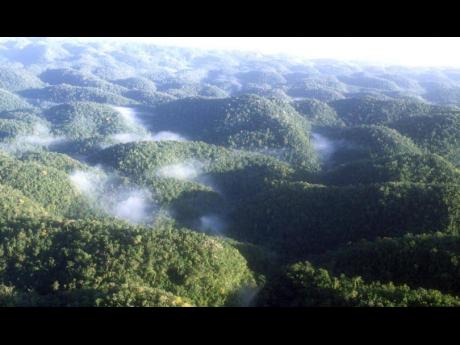 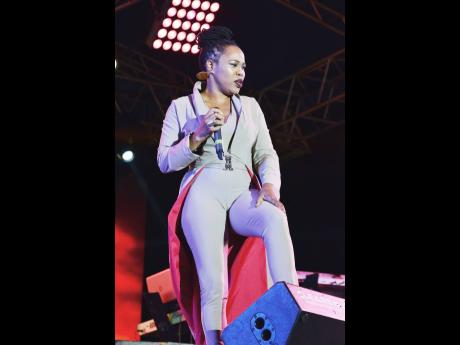 Reggae singer Queen Ifrica is calling on members of the public as well as her fan base to give some of their attention to the matter of mining in the Cockpit Country and be living heroes.

Earlier this week, residents of Albert Town, Trelawny, and neighbouring communities led a march to send the message that they remain opposed to mining in the Cockpit Country, which also spans St Elizabeth.

But Ifrica, who was unable to join in due to tour commitments in Europe, took to social media to voice her opinion and show support for the cause.

As an entertainer that actively shares the efforts of communities worldwide to fight against social ills, she first shared the time and location of the march and urged persons to attend.

Following the march, in a captioned photo of persons holding up placards she said: "For the sake of our very lost young people, are we going to let their legacy to go down like this? I know I am hated by a lot of powerful negative people in this social space but if you guys really say you love Jamaica like you say you do, are you going to turn a blind eye to this?"

Speaking to THE STAR on the issue, Ifrica explained that her reasons for supporting the mission were simply because Jamaica is the land of her birth.

"It's our land we should protect it or ban the national anthem then because it says 'Jamaica land we love'. I was born on the land and I don't plan to live anywhere else. Plus, it's our young people's legacy and where future generations will come to live," she said.

The reggae singer says she is not satisfied with the turnout for the march and suggested that it may have been as a result of the masses not being made properly aware.

Her fears are that the natural water resources will be permanently damaged and pose further environmental problems.

"We all grew up hearing about the Cockpit Country and what it means to our inland's existence; people need to see for themselves but see it before the damage is done," she said.

The Times Like These singer also urged her fellow entertainers to lend their voices to the causes.

Bounty Killer also posted a video of a TVJ news clip on his Instagram page where he stated: "Any government sell out Cockpit Country shall never win again in Jamaica. Who is here for Jamaica let unuh voices be heard, take a stand you with us or against us, speak up folks. I am not JLP or PNP, I'm a true Jamaican."

Mutabaruka commended the efforts of Ifrica and Bounty as Jamaican citizens, but shared that the reality is, "The Cockpit Country is not something that the celebrities like our artistes are necessarily concerned with".

"I can't say what they can do or are not doing but can only hope they hear. I see Bounty Killer trying and persons interviewed on my programme have called out to Usain Bolt because he is from the area; but I know all I can do is use the radio station as a platform to speak out," he said.

But he noted, "Changes have been made in society in the past that no celebrity has added a voice to."

"All we can do is keep advocating and hope someone is hearing and from my observations, the Government is dilly-dallying because they see the support growing," he said.