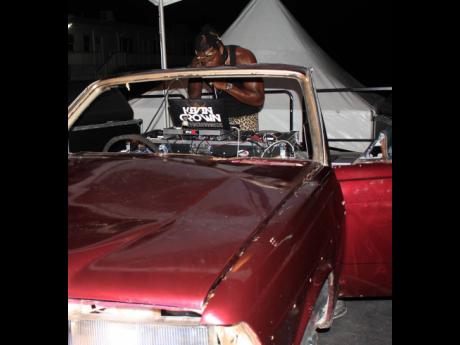 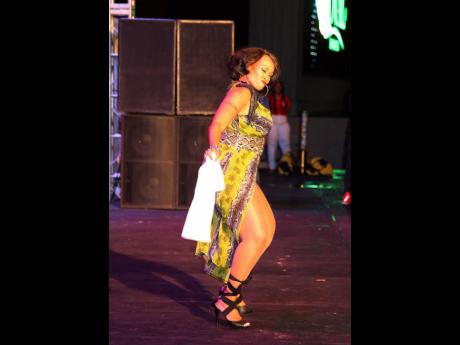 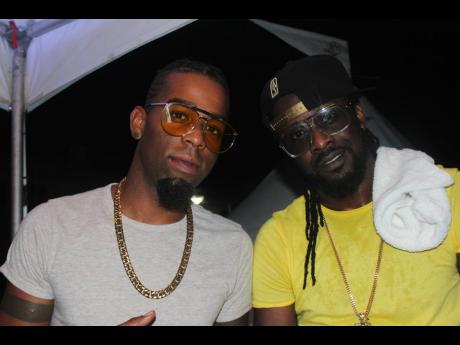 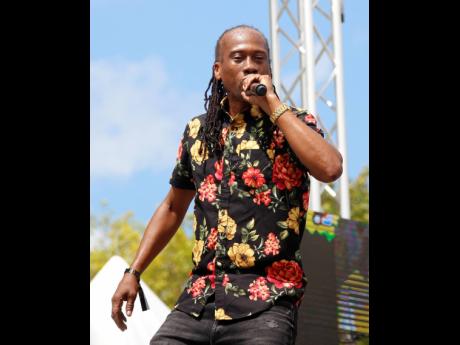 Crop Over fetes have a similar atmosphere to Jamaica's carnival sessions, even when the disc jockey takes somewhat of a chance playing reggae and dancehall tracks in the middle of an intense soca set there is non-stop feteing.

Last Thursday night, on the dawn of Emancipation Day, Bajans and guests from across the Caribbean, Latin America, Europe, and the US were feteing at Lifted, a cooler party held in Bushy Park, St Phillip, Barbados.

Offering more diversity to his set, the soca artiste signalled to his supporting disc jockey Ricco Suave to tease the genre that would not only motivate the females to give their best Barbados 'wuk up' but also have them 'bruk out'.

Sooner than later dancehall tracks by Aidonia and Beenie Man exploded from the speaker boxes, while most of the partygoers' favourites like Popcaan's We Nah Fail, Munga's Nah Mad Ova Gal and Koffee's Toast, had the soca artiste sounding out lines much to the crowd's excitement.

Speaking to THE STAR, Skinny Fabulous said: "It doesn't hurt to put it in and take it out, it's okay to play around ... with the musical genres that is."

Skinny Fabulous notes it is not the first time that he has struck the people's attention with the inclusion of Jamaica's genres but it was sort of a last-minute decision after noticing the diversity of the patrons.

"It's probably the same reason dancehall deejays like Ding Dong will include some soca songs in his set - changing up the energy - it is okay to insert another genre especially music the people know, into one's performance," the soca artiste affirmed.

Following his exit, DJ Kevin Crown grabbed hold of the DJ console and maintained the intense dancing session with tracks like Genna Bounce, Flairy and Fling, before returning to a full-fledged soca set.

The Lifted Cooler Fete was not the only event where dancehall was a fan favourite as selectors who played at the Mimosa 'Elysium' Breakfast, Medz, and Bliss events, all of which were daytime parties, included some of the genre's most popular tracks into their sets.

Bajan soca artiste Lil Rick, who says his musical influences are extensively of Jamaican roots, has also played with the soca and dancehall style of delivery even though, for his show, Dis Is Rick, held at the Kensington Oval last Saturday, he did not sample any dancehall.

The six-time Bajan soca monarch told THE STAR: "Growing up, we love the way Jamaicans sound, even if we couldn't understand the way the people spoke, we like the music and that's what inspired my reggae career in the first place."

Alison Hinds, a guest performer on Lil Rick's the stage show said: "Adding a little dancehall into our soca fetes is a good thing. It does not water it down or affect the parties throughout the carnival seasons like Crop Over, but shows that there is strong support of the music within the Caribbean islands among the artistes."